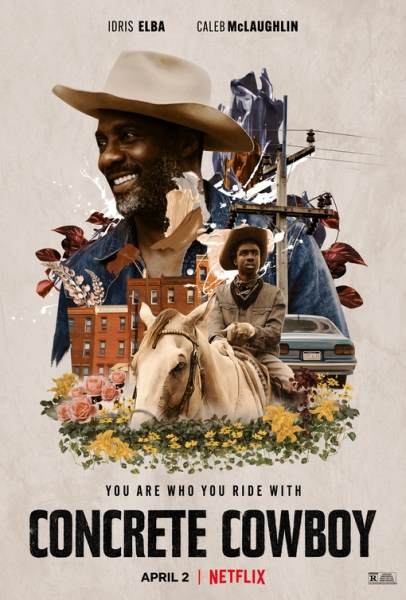 Directed by Ricky Staub in his debut feature alongside Elba as the producer 'Concrete Cowboy', is a new-era Western, with Elba taking the lead role alongside 'Stranger Things' Caleb McLaughlin.

Set to release on Netflix on April 2nd, 'Concrete Cowboy' follows 15-year-old Cole (McLaughlin), who is sent from his home in Detroit to live with his estranged father (Elba) in Philadelphia. Cole learns about the local urban cowboys and struggles with his father’s lifestyle, community, and friendship. Based on the 2009 novel Ghetto Cowboy by Greg Neri, which was inspired by the real-life Fletcher Street Urban Riding Club in North Philadelphia. The club allows local horsemen to teach local kids to care for horses.

It's important to break boundaries in art and Idris Elba is no stranger to doing that. We look forward to see him on the big screen once again.

Check out the first look at 'Concrete Cowboy' below,