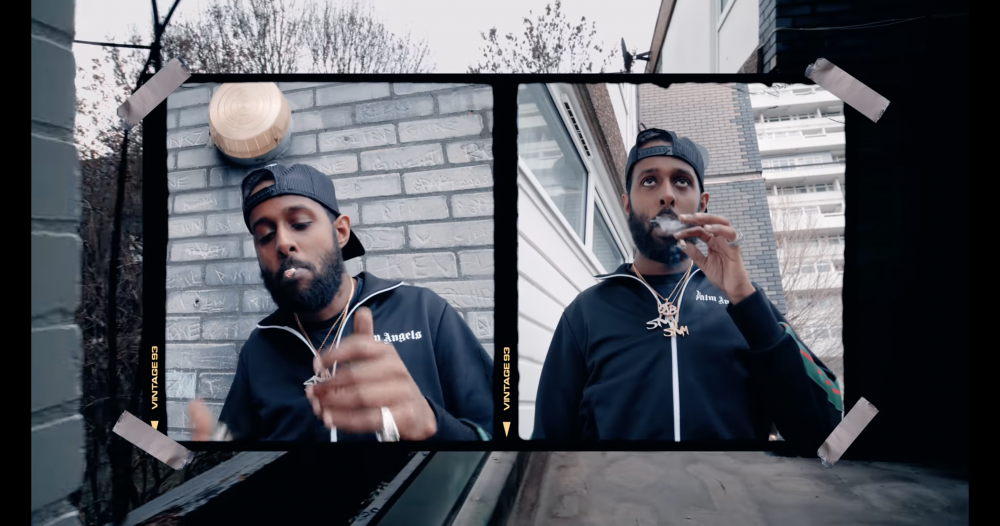 This new offering from London rapper Skore Beezy is a stark contrast to his previous release; a feature on JB Scofield’s high-energy Drill track ‘Hello Hi’ alongside Skeamer and Sai So.

‘When It Rains It Pours’ bears a steady tempo with a trappy R&B vibe, also featuring elements such as vocal samples and piano. The hollow instrumental is initially dressed up with Ard Adz’s choice of deeper bars and punchy delivery, before Bigga Picture chimes in with a smooth melodic hook.

Skore Beezy follows with his verse, again filling the pockets of the beat by delivering poignant and unapologetically honest lyrics. The main context and subject matter of the track as a whole is centred around authenticity and integrity.

Directed by Kye Taliana, the visuals are sleek and effective, bearing synergy with the tracks overall feel and message. Despite the 'When It Rains It Pours' possessing a more mellow vibe, the video is fast-paced an engaging with numerous visual effects and eye-catching additions.

The tone of the track is particularly well illustrated through the use of certain cinematic shots and elements; more notably shots of Bigga Picture back-lit as a silhouette, and also in the rain singing and playing the piano.

Both the track and the video are a satisfyingly cohesive display of the individual facets that each artist can bring to the table.

Check it out below!