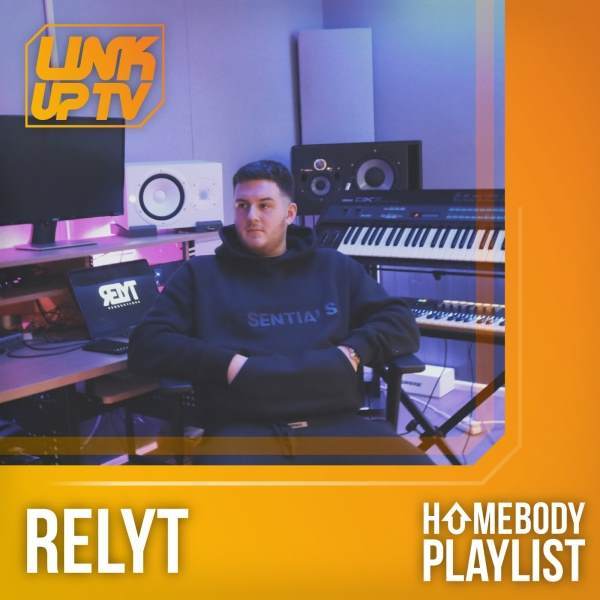 Over the past year, we have seen some of the most exciting music being released, despite a global pandemic raising concerning questions around the future of the music industry. More recently we've seen more and more discussion about the quality of music that is being put out into the world and giving credit to those responsible for bringing the music we love, to life.

Introducing RELYT, a 20-year-old producer, songwriter and mix engineer based in London. 2020 was a breakthrough year for the newcomer, who firmly made his mark in the scene with platinum-selling hit single 'Rover' by S1mba. The single climbed the UK charts, landing a top 3 spot and over 20 million YouTube views to date. RELYT co-produced S1mba's follow up single 'Loose' featuring KSI and has since gone on to work with some of the most popular figures in the UK music scene. Yungen, Lotto Ash, NSG, Keeya Keys, Central Cee and Odeal, just to name a few.

We caught up with RELYT to find out what tracks he's listening to when he's not (producing hits) in the studio. Check out his Homebody Playlist below!

"This was a straight vibe when it dropped, the production is next level as always from my guy TSB & iO. Hope to hear this one in the clubs this summer!"
Nines - Airplane Mode ft. NSG
"NSG came hard on this, it's an all-rounder, one to drive to and a big club banger too! Big up Rudimental bringing the TalkBox back!"
Maleek Berry - Love U Long Time ft. Chip
"I feel like this tune was kinda overlooked in a strange way but one that I wish caught on more, I put everyone I knew onto it too. Chip singing on this was cold!"
Stefflon Don - Can't Let You Go
"The production on this tune slaps, and the mix is super clean. Sick to hear a slower vibe from Steff, definitely a go to tune driving to studio."
Keeya Keys - Anglo Saxon
"Shoutout Keeya Keys, this tune is hard, Keys is definitely one to watch this year. Only way I can describe it is "clean cut drill", big up the bros 4Play on this, crazy musical with the live instruments."
Rema - Ginger Me
"Rema is definitely one of the best artists of the last two years, super talented, this record will be a classic from him. Such a sweet vibe produced by The Elements."
Pa Salieu - My Family ft. BackRoad Gee
"I remember exactly when I heard this tune, driving home from the studio just before it dropped, I played it in my car and drove back to the studio just to bump it louder! Cold beat, two hard artists."
Jevon - Ghetto Cinderella
"This guy has real soul, so sick to have an R&B flare come out of the UK scene - another one to watch. Great musicality and culture fusion."
Cole LC - Grip N Slide
"Cole LC is gonna be one of the next big artists to blow this year, for sure. Imagine Ed Sheeran on Trap beats, that's Cole LC. A sick combo, he’s a great vocalist in the booth too. Hoping to put something out in the near future."
DJ Mustard - 4 Digits
"This is the tune that inspired me to start making beats back in 2014, Mustard was definitely in his prime and I was loving everything he was putting out. Was sick how he infused R&B into a lot of his tunes, I think he has a big impact on the R&B club scene, even up till now."
Follow RELYT on Twitter & Instagram
Share on facebook Tweet
Author: Jaisha
@jaishldn_@jaish_