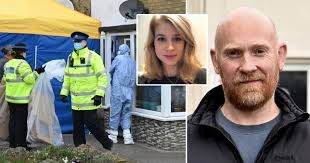 A serving Metropolitan Police officer has been charged with the kidnap and murder of Sarah Everard, who disappeared as she was walking home in South London.

Wayne Couzens, 48, will appear at Westminster Magistrates’ Court on Saturday charged with murder.

He was arrested at his home in Deal, Kent on Tuesday, in connection to Sarah’s disappearance. A woman in her 30s was also arrested at the same location, on suspicion of aiding an offender and has now been released on bail until mid-April.

Couzens was further arrested separately on suspicion of indecent exposure at a fast-food restaurant in South London.

Earlier today, the Metropolitan Police announced the human remains found in a woodland in Ashford, Kent, has been formally identified as Sarah Everard.

The 33-year-old Marketing Executive went missing in Clapham, South London as she was walking home from a friend’s house. A video from a doorbell camera captured Ms Everard on the A205 Poynders Road walking towards Tulse Hill- the last known sighting of her alive.

In a statement, Sarah’s family said she was “bright and beautiful- a wonderful daughter and sister”.

Durham University has also paid tribute, describing her as a “beloved graduate”.