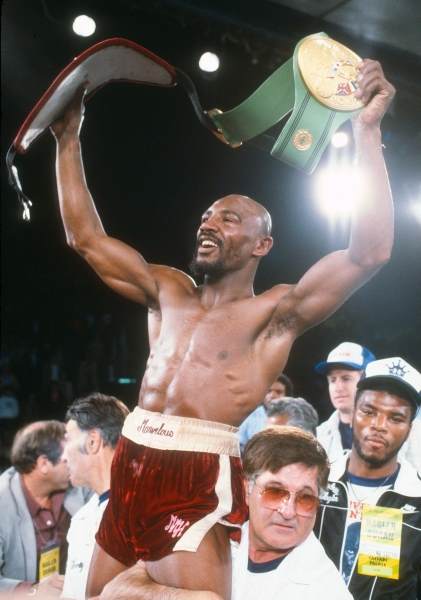 Marvin Hagler, the American middleweight world champion has died at the age of 66. It was since 1979 where he was top of the division until he was defeated by Sugar Ray Leonard in April 1987.

Here is what his wife Kay Hagler had to say- "Today, unfortunately, my beloved husband Marvelous Marvin passed away unexpectedly at his home here in New Hampshire,"

Throughout his career, Hagler fought 67 times his 14-year career.

One of his most famous fights was when he fought Thomas 'Hit Man' Hearns over three tough rounds, with this fight being then known as the 'The War'.

"The world is one great man less today.

"This one hits so hard also because he was the one I emulated my own training camps after when I saw how seriously he took his training camps. "

He added: "Not only was he a living legend, but I was proud to call him my friend. He was so full of life, energy, and positivity in our conversations that you would never guess what a wrecking machine he was in the ring.

"Our wives would speak on the phone to connect us and I'll miss his voice saying 'It's Marvelous' on the other end of the line."

Oscar De La Hoya tweeted: Saddened to hear about the death of Marvelous Marvin Hagler. One of the greatest to ever step in the ring! #RIPMarvelous

Joe Calzaghe tweeted: Saddened to hear the news of the passing of Marvellous Marvin Hagler. One of my hero’s and a massive inspiration to me when I was young. I Had the honor of meeting him a few years back in Vegas with my boy. An amazing man and a true Boxing legend. R.I.P Champ

Former world featherweight champion Barry McGuigan said he was "shocked and deeply saddened" to hear of the "incredible" Hagler's death.