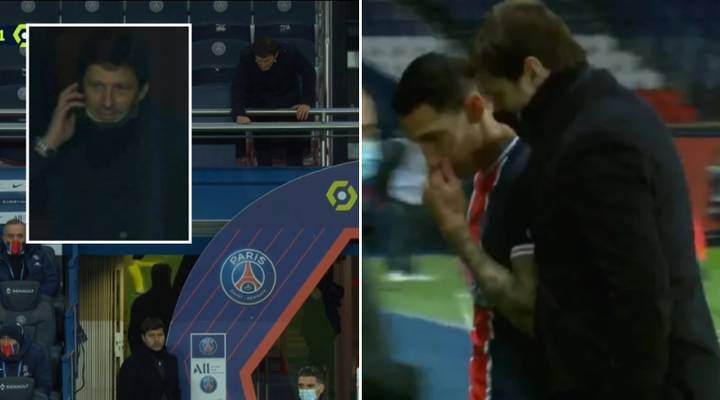 PSG star Angel Di Maria rushed home early on Sunday to his home where his family had been held hostage during a robbery.

Team mate Marquinhos, also had his house targeted by intruders during the match, with his parents being home at the time.

The Argentine was taken off the pitch by Mauricio Pochettino just after 60 minutes into their fixture with Nantes.

Sporting director Leonardo filtered the shocking news to Pochettino, who then informed his player while walking him back to the dressing room.

Di Maria was visibly distressed as he left the Parc des Princes to re-join his family.

The police have opened an investigation and the club will offer their full support to the two players and their families.

Di Maria went through a similar experience when playing for Manchester United in 2015, when he and his family were the victims of an attempted raid by burglars.