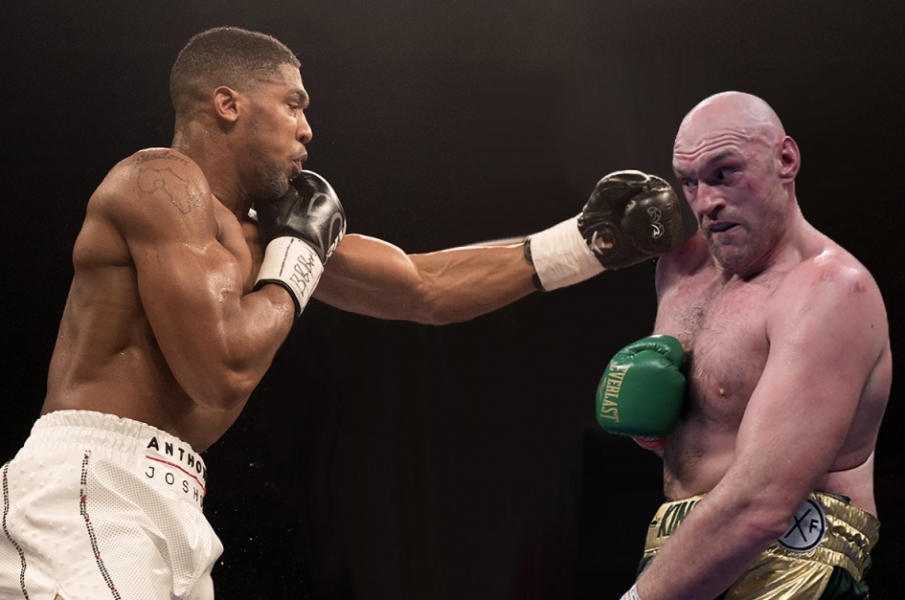 Anthony Joshua and Tyson Fury have signed a two-fight deal for the biggest bout in British boxing history. The two heavyweight world champions agreed on terms in principle last year but have now put pen to paper after contracts were finalised! The first fight is expected to take place in June or July with Saudi Arabia in pole position to play host with both fighters set to earn £100million.

And the winner will be crowned the first undisputed heavyweight world champion since Lennox Lewis in 1999 after the WBO agreed to waive Joshua's mandatory responsibilities. Negotiations will now continue over when and where the fight would take place with as many as eight countries throwing their hat into the ring.

Promoter Eddie Hearn told ESPN: "We'd like to get a site deal confirmed in the next month. "The hard part is always getting everybody to put pen to paper but this was a major effort from all parties to get this over the line. You had rival promoters, rival networks and rival fighters.

"I actually feel we've done the hard part. Speaking for myself, Anthony and his team at 258 management, I know how hard we've worked hard these last couple of months and I just feel that this fight is so big it's not a difficult sell.

"We've already had approaches from eight or nine sites. The offers have come from multiple countries in the Middle East, from Asia, eastern Europe and America.

"This is the biggest fight in boxing and one of the biggest sporting events in the world," Hearn said. "It will be a major, major win for a country that wants to showcase itself."

The paid had also agreed on a 50/50 purse split last summer.