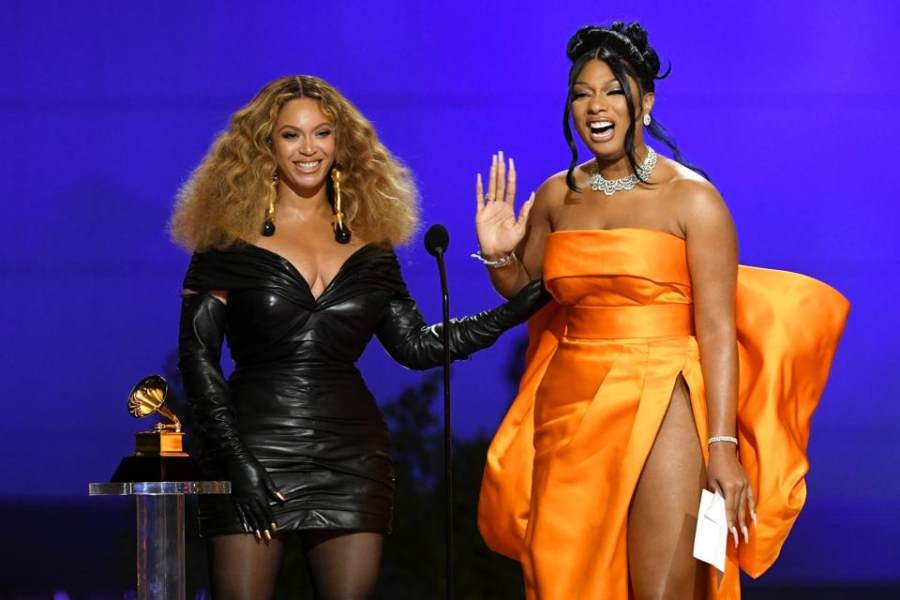 The 2021 Grammy Awards had it all, but it was the women who stole the show, absolutely sweeping up the awards this year.

Beyonce has put her name in the Grammy Awards history books by picking up three awards to become the tied-second most decorated artist in Grammy's history - tied with legendary record producer Quincy Jones - and the most decorated female at the Awards show. Queen Bey picked up the awards for best R&B performance with her track 'Black Parade', the best music video for 'Brown Skin Girl' and best rap song for her collaboration with Megan Thee Stallion 'Savage'

As well as Beyonce picking up three awards and making history, other female winners on the night include Taylor Swift, Billie Eilish, Megan Thee Stallion and Dua Lipa. Taylor Swift picked up the award for Album Of The Year for her album Folklore which she dropped out of the blue in July of 2020 - to the sheer delight of her fans. This was another historic moment for female artists at the Grammy's as it makes her the first woman to win the Album Of The Year Award three times - the other two times for her albums '1989' and 'Fearless'.

Dua Lipa went on to win Best Pop Album for 'Future Nostalgia', Billie Eilish grabbed the gong for Record Of The Year with her hit 'Everything I Wanted' - beating the likes of Beyonce, Doja Cat and Post Malone in the process - and Megan Thee Stallion picked up her second award of the night after sharing the award for Best Rap Song with Beyonce as Best New Artist after having a year that fellow award winner Billie Eilish dubbed as "unstoppable".

It is safe to say the women absolutely smashed it at this year's Grammy Awards, so a big congratulations go out to them and all of the other winners at this year's awards.