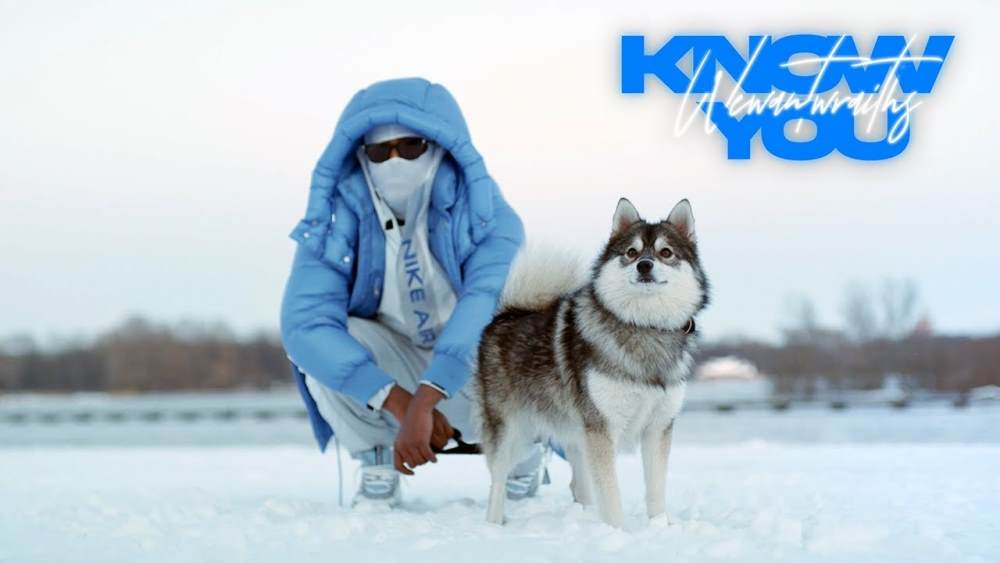 Showing off his work rate and creativity, the Leicester hitmaker has steadily released impressive tracks, such as 'Voices' and 'Unforgettable'. He has now released another sick offering that has already hit YouTube's trending list.

'Know You' sees wewantwraiths get reflective about his feelings for a girl as he effortlessly paints a story of their relationship for his listeners. Produced by Oathmademedoit, the instrumental cleverly layers and switches up several beats and melodies whilst wewantwraiths rides it all with smooth and quick raps. With backing vocals by Roxy Rosa, and hard 808s kicking in just before the chorus, the song is catchy, playful and honest.

The visuals keep up an icy vibe, opening with cinematic visuals of him in the snow with a Husky and a snow covered forest. From his white creps to his huge blue puffer jacket, everything fits the cool vibe of the video.

Directed by Jordy Van Loo, the visuals capture scenes across Paris, Amsterdam and Germany and slow-mo camera pans of wewantwraiths crusing in several expensive cars. And there are also more quick snap shots of the several designer items he mentions in the song.

Take in the 'Know You' visuals below.