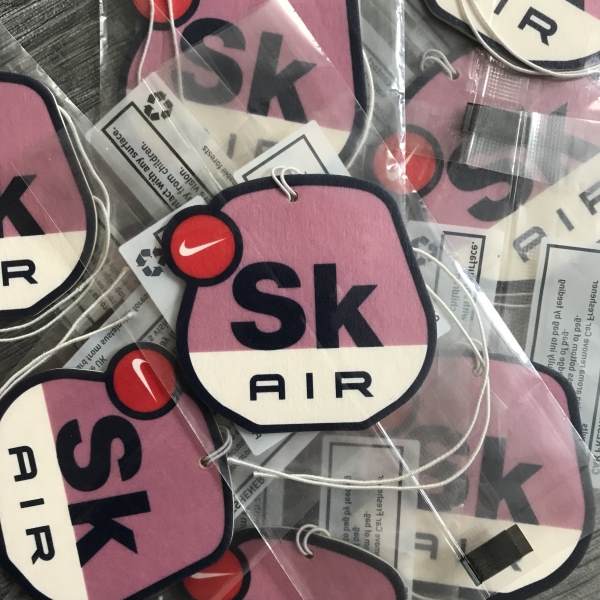 Skepta and Nike have revealed the next shoe as a part of the SK Air collection.

In an Instagram story which Skepta put up on Friday with the caption "SK Air 5 dropping soon" we received the first look at the yet to be released SK Air 5's. Similar to the other SK Air's in the collection it is Skepta's take on an original Nike shoe - other shoes in this collection include Skepta's remake of the Air Max 97, Air Max Deluxe and the Nike Shox TL. The SK Air 5's bring together the qualities of the original Air Max Tailwind 5 and the Tailwind 5 Plus.

It looks as though the shoe will come in a blue/black/purple colourway, however, some images surfaced earlier on in the year lead some people to believe that there could be a red/black colourway to come as well,

If you follow Skepta on Twitter you may remember that back in August of last year Skepta put out a tweet in which he said "#SkAIR 5 out 2021. Pandemic put a spanner in the works but I promise you they're worth the wait" and judging from the images we have seen so far, it looks like he was not lying.

There is no confirmed release date yet but judging from the images we have seen so far, and the popularity of the SK Air's to come before, these are due to fly off the shelves.