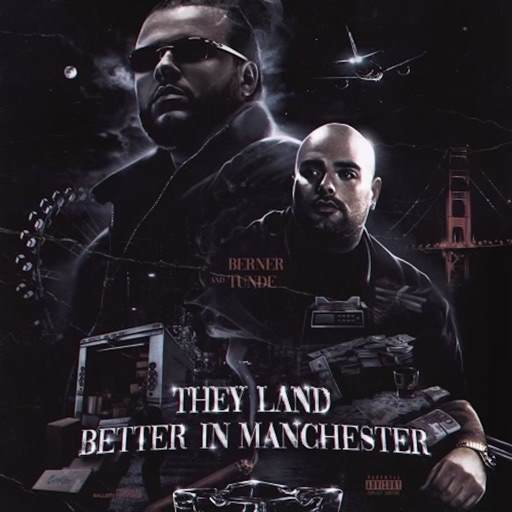 Berner and Tunde just unveiled a collaborative EP titled ‘They Land Better in Manchester’. This project serves as an international collaboration between the hyphy-defined bay area sound and the rugged northern UK rap movement.

Berner, has been rapping since the mid-2000s rising from the underground scene to a record deal with Wiz Khalifa’s Taylor Gang Records back in 2012. He has a reputation as a prolific collaborator, working with the likes of the Jacka, Cam’ron and Styles P.

Fusing elements like pounding rhythms and prominent bass, that are synonymous with San Francisco, with the distorted synth-bass and trap-laden new wave of producers in the UK, the EP makes for an aesthetic final product. The 6-track project is synergised, deftly-produced and well balanced featuring verses from Cozmo and GT on the US side and Liverpool artist Aystar, repping for the UK.

Each artist acknowledges the differences between their scenes while simultaneously bigging each other’s up. It’s nice to see the two cultures embracing more frequently as we’ve now got evidence that when done correctly, it can sound hard.

Go ahead and stream ‘They Land Better in Manchester’ below, and let us know what you think of the EP on our socials.