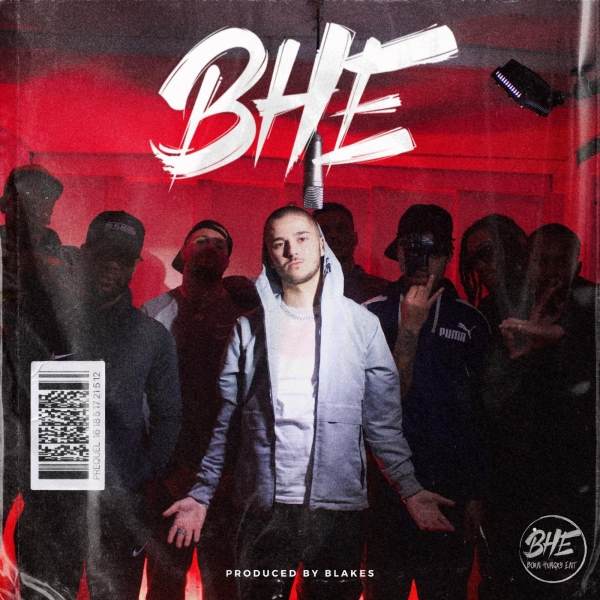 Born Hungry Entertainment artists Cappa, Grizz, Band££, Gift The Genesis, Caine Marko, Stackie and Stynezy have come together to show why they are a force to be reckoned with in their brand new 'BHE Cypher 1'.

Born Hungry Entertainment is a collective of artists coming out of Bournemouth and London, and whilst they are a collective they are all ridiculously talented artists in their own right - as they showcase on this cypher.

The track - produced by Blakes - is made up of some sick hi-hats combined nicely with the synth sounds in the background which give it a bit of a sinister feel and a solid bass to top it all off, blended together nicely Blakes has produced a beat that every artist is able to rap over comfortably despite each artist bringing something different to the table.

Cappa kicks off this cypher and sets the bar high early on, bringing a smooth flow and witty bars in from the jump. Grizz is next to take the mic and he brings a different level of confidence and energy to the table which every cypher needs and the content in what he is saying needs that confidence and authenticity about it as well. Next up is Band££ and he is the youngest in the collective, but from his bars, flow, delivery and cadence you would never guess he was just 18, very talented and definitely one to watch going forward. Gift Genesis takes over from here and his ability to flow on this cypher is what makes him stand out, gliding in pockets of the beat almost effortlessly is hard to do but he does it so well. Caine Marko comes on the beat with his unique tone and style to bring something different to the table once again, bringing such a swagger and confidence in his delivery that you instantly believe every single word he says. Stackie is the penultimate artist to take the mic and the talent once again is undeniable and near impossible to ignore, another one to watch going forward. Finally, we reach Stynezy, who's deep tone and delivery instantly demand your attention as soon as he starts rapping and you are engaged from the start of his verse to the end.

Alongside every great collective of artists, there is always an exceptional team to go with them to make everything happen - this collective is no exception. In terms of having a tight-knit collective of people pulling the strings to make things like this cypher happen, Born Hungry Entertainment has it all figured out. Starting this from the ground up, all having the same vision headed up by a very driven and hard-working freelance A&R - Ryan Gallagher - this is something that has the potential to really go somewhere for everyone involved and you can't flaw them for their hard work and determination.

Their producer, Blakes, is very talented and definitely someone who has a lot to offer to the scene in terms of his beats so watch this space for more from him. The credit for the artwork used to promote this cypher goes out to Chloe Searle who knows the importance of not only the great artists on this roster but also the work that Blakes puts into the collective. Behind the cameras as well you've also got BHScenes doing the directing along with the help of Sam Singer, Noah Revill and B2Media all working to make the visuals as clean as they are for this video and it has really paid off.