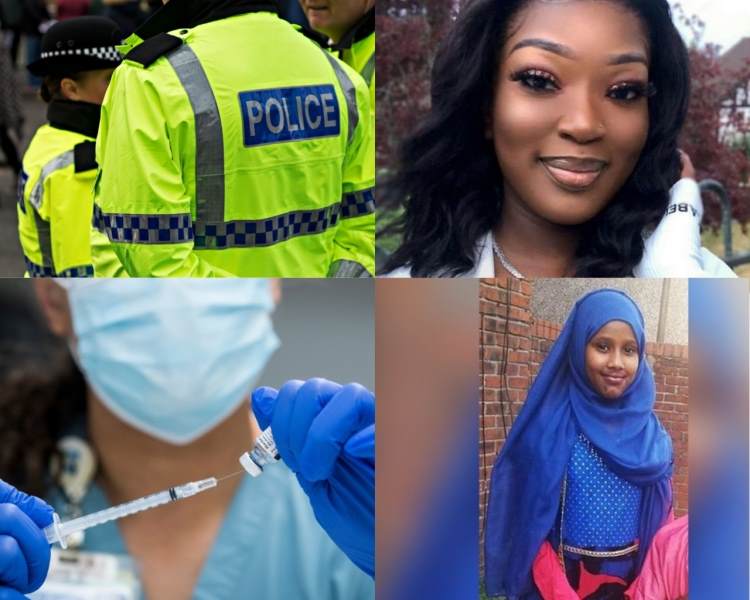 News of the week: A complete rundown of the top stories.

Policing bill restricting right to protest has been delayed 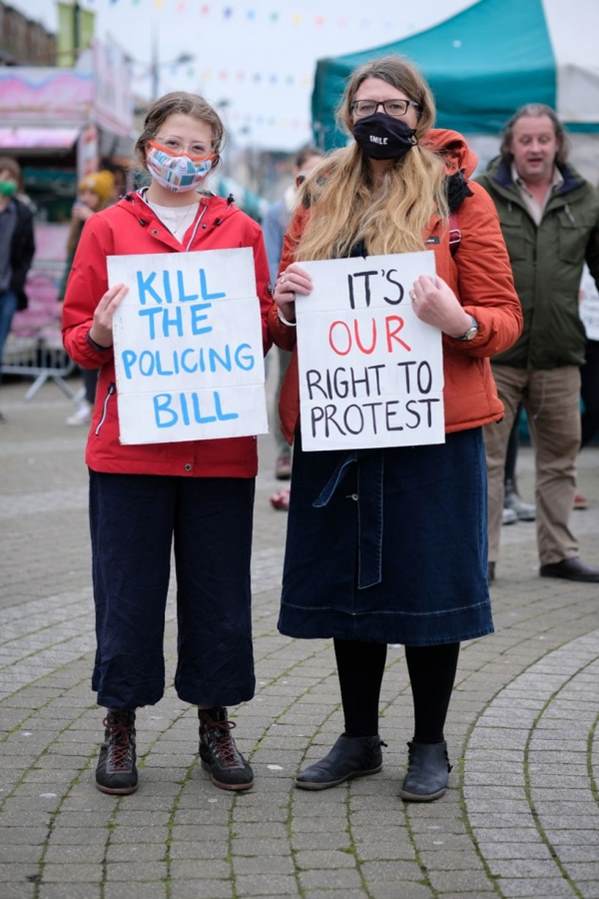 The UK government’s controversial policing bill which could restrict the public’s right to protest has been pushed back.

The Police, Crime, Sentencing and Courts Bill passed a Commons vote at its second reading on Tuesday. However, it is now not expected back in Parliament until June 24.

The new law could outlaw any protest that is noisy or causes “serious annoyance”, with protestors facing up to 10 years in prison.

A feminist direct action group opposed to cuts to UK government services have held a series of organised protests against the Policing, Crime, Sentencing and Courts bill.

Responding to the #killthebill movement, a spokesperson from Sisters Uncut said: “The last week has shown that protests work. That’s why they want to ban it, and that’s why we’re fighting back”.

How will the bill change powers?

The police will be able to:

It comes after the violence at the Sarah Everard vigil drawing criticism, with scenes of officers grabbing several women and leading them away in handcuffs on March 13. Police say they were in an “impossible position”. 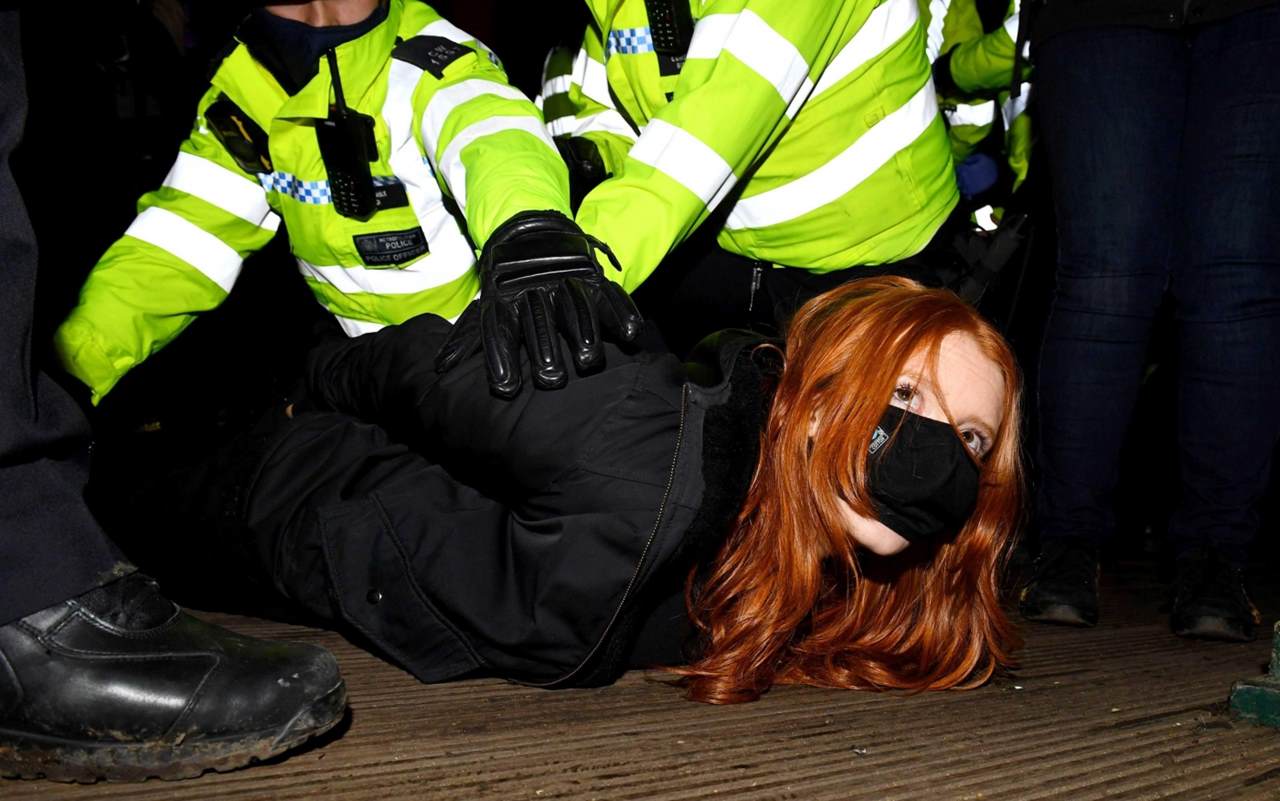 Footage posted on social media shows police and mourners near the Clapham Common bandstand where the event, planned by Reclaim These Streets, was due to take place, before it was cancelled under coronavirus restrictions.

Oli Dugmore, who was at the vigil, told ITV News: “The vigil was initially sombre with most people speaking in hushed tones or quietly reflecting. Once the sun went down, a few speeches were given and police officers moved in to close things down”. 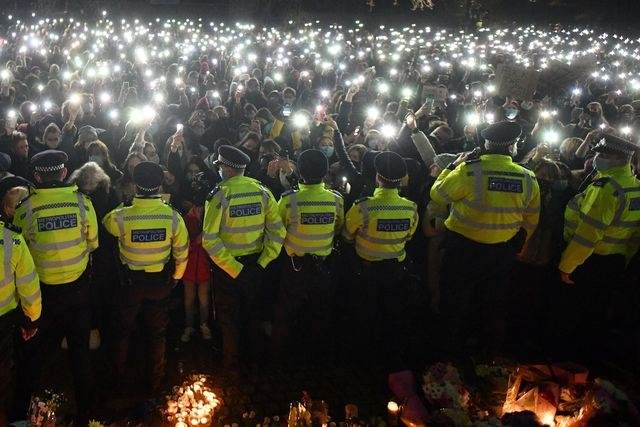 Hundreds of people gathered outside the headquarters of London’s Metropolitan Police last Sunday, protesting what they said was heavy-handed manner used by law-enforcement to disperse the gathering.

Despite calls to resign over vigil tactics, the Metropolitan Police Commissioner Dame Cressida Dick says she will not step down.

The London Mayor has described the police handling at the Clapham Common vigil as “unacceptable” and that he is “not satisfied” with the explanation he has received from the head of the Metropolitan Police. 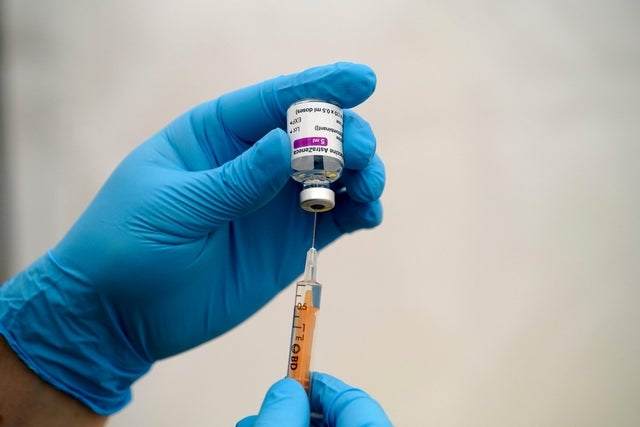 Britain’s vaccine rollout has been knocked off course by the delayed arrival of vaccines from India, and a need to check 1.7m other doses to ensure their stability, according to Matt Hancock.

Following a warning of shortage in Covid vaccines by NHS England, the Health Secretary told the House of Commons that the shortfall of supplies from India’s Serum Institute meant the availability of vaccines in April will be “tighter” than this month.

The significant reduction in jabs from March 29 means the focus for the NHS in April will be on giving a second dose to people who were vaccinated earlier in the year.

Matt Hancock said the 12 million second doses of the Covid-19 vaccine “cannot be delayed” as they have to be delivered within 12 weeks of the first dose.

He added there will be no weeks in April with no first doses of the Covid-19 vaccine administered, and no cancellation of appointments because of supply issues.

Sources inside the South Asian Nation’s Institute have denied any hold-up.

Yesterday Matt Hancock announced, “I’m delighted to be able to say that we’ve now vaccinated over half of all adults in the UK”. A total of 26 million people have now received a first dose of the vaccine as of March 20, while two million have had their second jab. This brings the overall number of vaccinated people in the UK to over 28.9 million.

What happened to Blessing Olusegun? 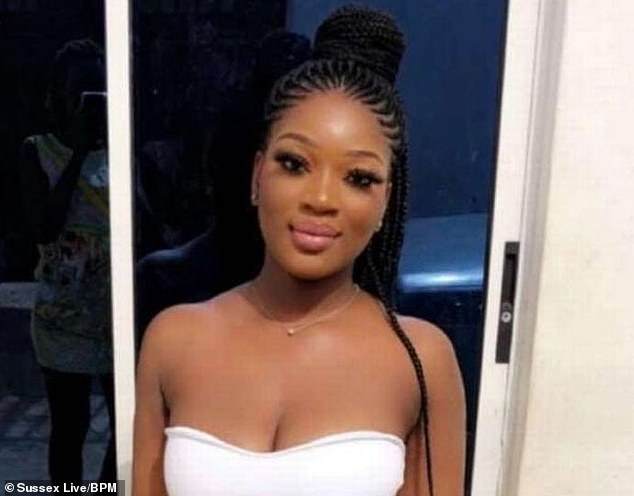 Blessing Olusegun was 21-years-old when her body was discovered on a beach in East Sussex last year.

The business student from South London had been undertaking work experience as a carer for elderly patients with dementia in Bexhill, East Sussex.

A week into her placement, on Friday September 18, Blessing was reported missing and later found dead by police on Glyne Gap Beach in Bexhill-on-Sea.

According to police, Blessing was alone at the beach with only her slippers and mobile phone found at the scene. Her death had been deemed as “unexplained” by Sussex Police and a post-mortem showed that Blessing had drowned.

Ms Olusegun was last seen on CCTV footage around 1am. A few hours later at 6.20am her body was discovered.

The interest in the death of Blessing Olusegun has resurfaced following the recent death of Sarah Everard. Although both women tragically lost their life, campaigners have suggested that Sussex police did not go far enough in their investigation into Ms Olusegun’s death, with racism and discrimination of people of African heritage playing a part.

An online petition seeking to get justice for Blessing Olusegun has amassed over 40,600 signatures.

“Her mother Esther Abe is demanding to know why her beautiful daughter died on September 18. We need justice for Blessing and her family. What actually happened?”

Sussex police released a statement a few days ago outlining the investigation of her death.

“We are deeply saddened by the tragic death of Blessing Olusegun. Because there is no evidence of third-party involvement, Blessing’s death is described as ‘non-suspicious’. Although there continues to be no evidence of crime, we are keeping an open mind”.

“It has been reported that we have not properly investigated Blessing’s death because of her ethnicity and we strongly refute these claims”.

The petition started by friends of Blessing describes her as ‘Our beautiful gorgeous talented independent Queen’. 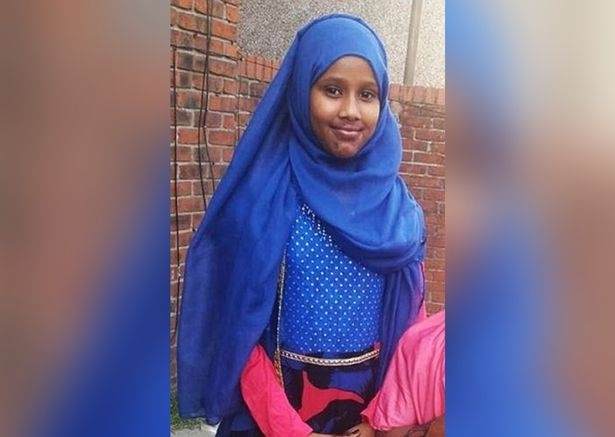 The body of Shukri Abdi was found in the River Irwell in Bury, Greater Manchester, on June 27, 2019. A group of children were with her at the river in the period before she died.

A coroner concluded that the 12-year-old schoolgirl’s death by drowning was a tragic accident.

Shukri Abdi was reported to have been scared of water and had never been in a swimming pool before.

Lawyers for Shukri’s family asked the coroner to consider a verdict of unlawful killing from either an act of murder or gross negligence manslaughter. However, Joanne Kearsley, the senior coroner for Manchester North said that the evidence heard during the inquest did not support that conclusion.

The children connected to the case can only be referred to as Child One, Child Two, Child Three, Child Four and Child Five.

The actions of Child One was closely scrutinised during the inquest as she encouraged Shukri to get into the water and promised to teach her how to swim.

The coroner found Shukri was subjected to peer pressure. The inquest heard evidence that while walking to the river, Child One said to Shukri: “You’d better get in the water or I am going to kill you”, in laughing and joking way.

According to the coroner Child One was aware Shukri could not swim and was relying on her to stay afloat [as] "both of them ventured into the deep water”.

She added “there is absolutely no evidence before the court that Child One had any intention to kill Shukri” and rejected claims that anyone had pushed Shukri into the water.

Shukri’s mother Zamzam Arab Ture claimed her daughter was subjected to extensive bullying at school. Speaking to the Manchester Evening News she told her devastation and disbelief that Shukri had gone into the river.

A spokesperson for Shukri’s family said the investigations “represent yet another example of institutional racism”.

Did you find this weekly summary helpful? Let us know on our socials.