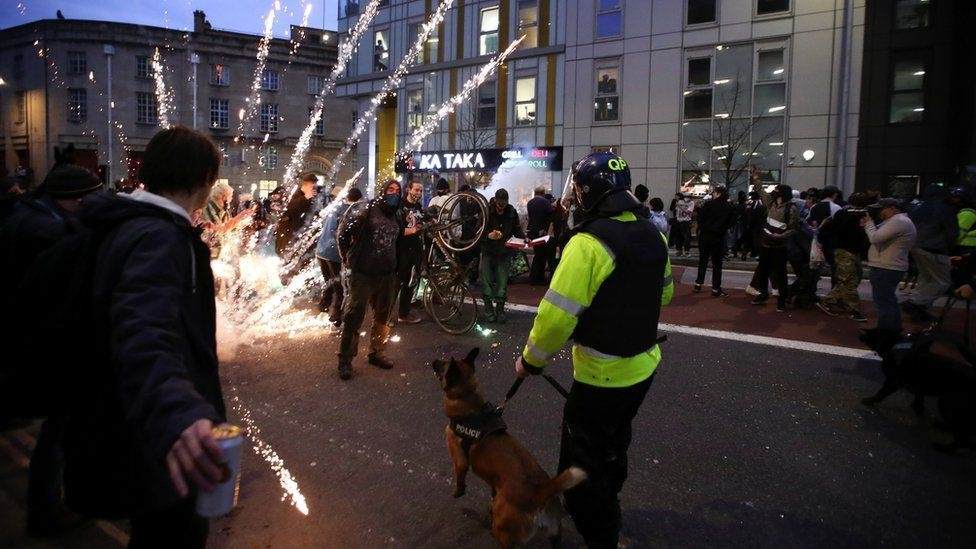 A peaceful protest deteriorated into a violent night of rioting in Bristol last night. This is in the wake of a new bill, which increases the power that the home secretary has when stopping future protest.

The event was dubbed ‘Kill the Bill’ and started at around 2 pm on Sunday afternoon.

The Bill also makes a special new law to protect monuments and statues, in the wake of the toppling of the statue of Edward Colston, with the crime of damaging them punishable by up to ten years in prison.

Sunday's protest was shared by many of Bristol's leading campaign groups, including Extinction Rebellion and the city's Black Lives Matter movement.

In the run-up to the event, Avon and Somerset's police warned anyone thinking of taking part that they risked breaching coronavirus lockdown laws, which are still in force, and could be fined £200.

In the night proceeding the initial protest, seven arrests were made as 12 officers were injured, in what spiralled into a violent spectacle.

Demonstrators scaled a police station, threw fireworks into the crowd and daubed graffiti on the walls.

Police vans were set on fire and protesters grouped around the police station in an effort to breach the building.

A police spokesman has released this update this morning: "I can confirm seven arrests have been made overnight. We will now be carrying out a significant investigation to identify all those responsible.

"There were in the region of 12 officers injured – with two taken to hospital with serious injuries.

"Thuggery and disorder by a minority will never be tolerated," she said. "Our police officers put themselves in harm's way to protect us all."