HomeNewsHealing through music: A review of the new Klashnekoff album 'Iona'

Healing through music: A review of the new Klashnekoff album 'Iona' 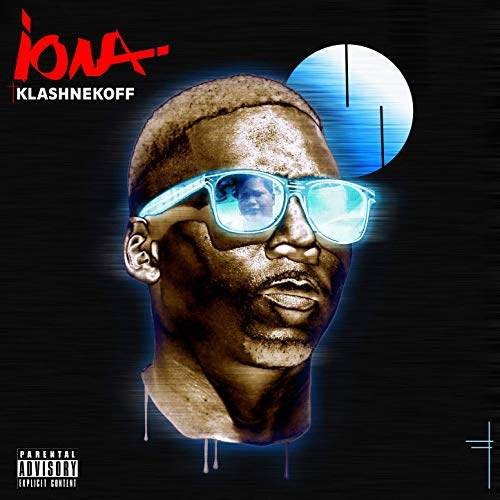 Having a loved one in hospital is a really trying time. Losing a loved one is even worse. Klashnekoff’s new album sees the veteran rapper dealing with the hospitalisation and loss of his mother. The album is even named after her. In an interview, Klashnekoff said he doesn’t usually have a concept when putting together an album, but this one is very much dedicated to his mother, and this is reflected throughout the album.

Opening the album with an exasperated sigh, the first track Freedom sees Klashnekoff venting over a soulful beat with no drums. Written before she passed, it is just after Klash received the news she was in the hospital. You can even hear the sniffling of crying in the intro. Narrating the story about how his mum is on dialysis, lamenting that they hardly speak, you can hear the sorrow in his voice.

"Cause my mum’s on dialysis, so fucked, she could die right now,We don’t hardly speak, no I don’t get no invites round, look I ain’t tryna spin it right round, it’s been a minute, and I really feel it right now

Cause we don’t even have no relationship, look what all the years of hatred did, think I need to make amends and make it quick, thinking that I need to quit drinking as I take a sip"

As Klash finishes his lines, the beat drops and a sample of a woman comes in saying “I aint never want to be no mama, but you were inside of me, I carried you, I had you so I chose you.” The honesty on this song is powerful, as he lays it all out and sets us up for the rest of the album.

Worth It featuring Maverick Sabre, samples I Want You by Marvin Gaye, and sees Klashnekoff reminiscing on his past touching on being kicked out, the loss of his dad, turning to smoke and drink, the birth of his daughter, having to work to provide and beef with his baby mother. Like Jay-Z’s classic Regrets, Klashnekoff is at a point where he has learnt to live with his regrets. The second verse kicks off with:

"I’m not perfect but I know I’m worth it"

The rest of the verse sees Klash talking about how people instead of dealing with their burdens, try and carry on and stay strong.

The album is interspersed with voice messages from friends and family, checking upon him. It can be easy to lose contact at times like that, but being around loved ones can be exactly what you need and help you keep fighting.

Hand on Heart sees Klashnekoff dealing with the grieving of the loss of his mother 7 months later.

"I got my hand on heart, heart on my sleeve, already been 7 months but still hard to conceive, still hard to believe, the pain choking me up making it harder to breathe"

Klash speaks on family who have turned on him, along with showing love to those who supported him to get him back on his feet. This one sounds like it was written just as he was starting to get back into the swing of things ending with the line “now dun with the talking I’m ready to start winning.”

One Time is an upbeat soulful song with Ricko Capito on the hook. The song is a chance for Klash to flex his pen, with witty punchlines and topics ranging from the gentrification of his hometown Hackney, fakes, the roads and him working through the worst of what has gone on.

The Road is Long features a crazy sample of The Weeknd’s House of Balloons off his first mixtape. This song finds Klashnekoff, K9 and Ricko Capito spitting about the road life, a warning not to get involved, hence the title “The Road is Long.” The beat is sick and all three kill it.

M.B.K was one of the singles off the album. Over a laidback beat with a looped sample and strings, Klashnekoff takes this opportunity to acknowledge those who were there for him at the time:

"Cause rah it’s been a tough year, So give thanks for the love yeah, cause you know when you’re bruk yeah, that’s when you know who you can trust yeah"

The song also sees Klash venting about those who left him. In an interview, Klash spoke on how surreal it was, as the only child, having to come back into her life, take care of her and then deal with her affairs after she passed all by himself. The stripped-down beat allows Klashnekoff to shine.

Chi sees Klash bring in K9 and Ricko Capito again this time over a pounding, hypnotic beat. Klash kicks things off with ‘Through the eye of a hurricane, the world on my shoulders while I’m tryna stomach pain.’ Klash reflects on not wanting to be 'old on road kicking a coke can.”'Again all three kill it over the menacing beat, spitting harrowing bars.

Untitled One sees Klashnekoff speaking to someone over a brooding piano beat. Dealing with a loss can lead to people showing their true colours and Klash speaks on that:

"The story’s like Moses when he part tide, The way we split apart like apartheid, Tryna part my feelings like an archive, you had a piece of my heart, now that part died

But you kind of let me down when my mother died, instead of being stuck in pride, babe I kept it stuck inside"

"And can’t keep running away to the far side/Pharcyde

Cause the way that you’re dealing with me, is f’d up and got me feeling kind of iffy, in the corner like boy with my mind Dizzee"

Keep Going On has a soulful beat and sees Klash reflecting on where he is in life with K9 offering hook duties. The last verse sees Klash narrate getting the call from the hospital that his mum passed, seeing her with her spirit gone, and here Klash lets go of the issues he had with his mum that he had mentioned previously, forgiving her, and reminiscing on the good times they had together. The honesty of the last verse is beautiful.

Stay Wise sees Klash rapping over a solemn beat with looped guitar strings and allows him to lament on the hazards of the road life, warning people not to get trapped in that life. This song is the last appearance of K9 and Ricko Capito, with Ricko singing the hook and K9 killing his verse.

The last song on the album, Angels featuring Maverick Sabre, is a celebration, the light at the end of the tunnel. You never fully get over a loss, especially that of a parent, but there is a time when days seem brighter, and you start to feel more optimistic. Klash talks about feeling his mum’s spirit, and that he knows she will be there when he needs her with lines like:

"I can still visualise you giving me advice, so when I go through bad times you’re still with me by my side"

His mum isn’t the only angel Klash talks about, as he also takes the opportunity to thank those who have stood with him through these trying times:

"My uncle told me keep recording don’t change your tune, without my sister and my youts I couldn’t make it through, from the start, day 1 they’ve been true, that’s the blatant truth, you are angels too"

The song and album close out with an extended outro. The album started with a sigh, confusion, frustration, but by the end, it seems Klashnekoff is in a better place. The album is about healing, being thankful for those around you. The extended outro with singing from Maverick Sabre and an excerpt from a poem feel like that opportunity to look around you and be grateful for what you have, who you have around you, who you have watched you.

Much has been made of grown Hip-Hop. Hip_Hop is seen as a young person’s genre, and that’s partly because it is still so young as a genre itself. But we are now starting to see some of the biggest artists mature before our eyes, and making music that reflects that maturation. From Nas’ Life Is Good, Jay-Z’s 4:44 or Little Brother’s May The Lord Watch, rappers are making albums that talk about the issues they face in their 40s. And one of the things that people experience as they reach older age is loss.

This album sees Klashnekoff in grown man mode, dealing with the loss of his mother and everything that comes with that. Something that is particularly interesting is him speaking on the issues he had with his mother, which isn’t something you commonly hear in Hip-Hop. And by unleashing it all on the song, hopefully, it leads to therapy and healing. With his album Klashnekoff has released an amazing body of work, marking a return to a scene that missed him. This might be the end of the Sagas, but there will be plenty more to come from Klashnekoff.