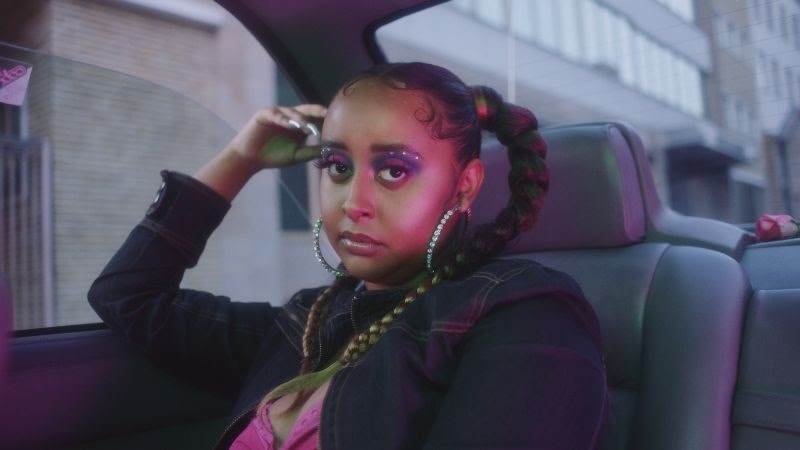 '2PERSONAL' comes after the release of Raheaven’s incredible debut single, ‘7 AM’ - which also features on this project - and her powerful follow-up track ‘2Personal’, both of which received a huge amount of support from critics, staking her claim her as a real one to watch for 2021.

Raheaven grew up as the eldest of five siblings in North London and music was always around her from a young age. Her parent’s arrived to the UK from Eritrea in 1989, and they formed a band with other Eritreans, “This was before I was born. My dad speaks through instruments – he can pick up anything and play it and my mum is the confidence queen. My icon. The band was actually created for political purposes, to raise money for the Eritrean civilians during its 30-year war for independence. It also was to keep the community connected here and to raise the morale of the people. My parents always felt closer to home when listening to music. There is always music in my house. So, from a young age, I knew how important music was and what it could do for people. I wanted to do that.”

Raheaven does not take influence from the sorts of artists you would expect. Many of her peers looked up to the likes of Jennifer Lopez and Britney Spears growing up, but growing up in a family where Eritrean music was so prominent, she says she looked up to a lot of Eritrean artists such as Elsa Kidane and Helen Meles.

This EP makes for such easy listening, as Raheaven's soulful tones are absolutely breathtaking on all 4 tracks on this EP. Her vocal ability is really some of the best you will hear, with great range and beautiful melodies throughout this project, her voice will have you captivated from start to finish. Along with her vocal ability, her songwriting ability is on display, and she is very talented on this side of things too, writing about topics that are very personal to her - particularly on 'OVER' - but also making them so relatable for the listener, which is not always the easiest thing to do, she has really got something special going for her.

A personal highlight of the project for me is the opening track ' 7 AM' because not only does it set the tone for the rest of the project, but for me it has everything. Beautiful melodic vocals that showcase her vast vocal range, it is also a relatable track where Raheaven tells a story through her lyrics that just grabs the attention of the listener from the start. From here on out as a listener you want to listen to the rest of the project, she has absolutely nailed it.

Go and check out this EP now, Raheaven is definitely one to watch and to keep on your playlists from here on out and this project demonstrates exactly why.