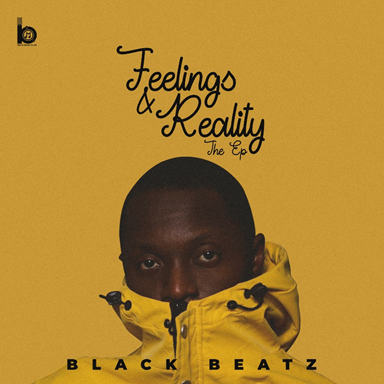 Black Beatz is a Nigerian artist and producer who blends Afrobeats and Hip-hop to create unique sounds. He launched his musical career in 2018 with the street hit single “Awon Temi”. Later during the same year, he collaborated with Yung6ix on the track “Better Dayz”. The single was received incredibly well by listeners and led to more high-profile recordings with artists like Dammy Krane, Dremo, and Perruzzi.

The project is his first in three years and follows up his debut album, 'Determination' which was released way back in 2018. The EP also includes the already released singles, “Love Me (featuring Peruzzi)”, Dobalé (featuring MOJO), and recently released “Vanessa”.

The 6-track EP goes into detail on Black Beatz’s emotions and intentions for a special girl named Vanessa – who he sings about on the opening track. He continues with the theme of love on the instrumental and repeats worthy “For Your Love” while adding entertaining bars and rhymes. Released back in 2020, the mellow production and lyrics on “Dobalé” make it a perfect fit for this project. In addition to the attention-grabbing hook and vocals on “Jeje”, Black Beatz flaunts his rap ability with very impressive wordplay. Further highlights on the project come in the form of the upbeat production style and the good vibes the track bring as well as beautiful melodic choruses that appeal to the heart.

One of my favorite tracks on the project is the opening track 'Vanessa'. The production on this track is brilliant, in my head, it sends me to a place in the sun with good people, good energy, and good music, and right now that is something I think that we are all dreaming of. The production blended with Black Beatz's melodies and vocals on this track, it is hard to listen to this song and not be put into a good mood instantly.

The EP is out now, go and stream it and see what you think, personally, I think everyone will love the way this sounds and the positivity it brings.