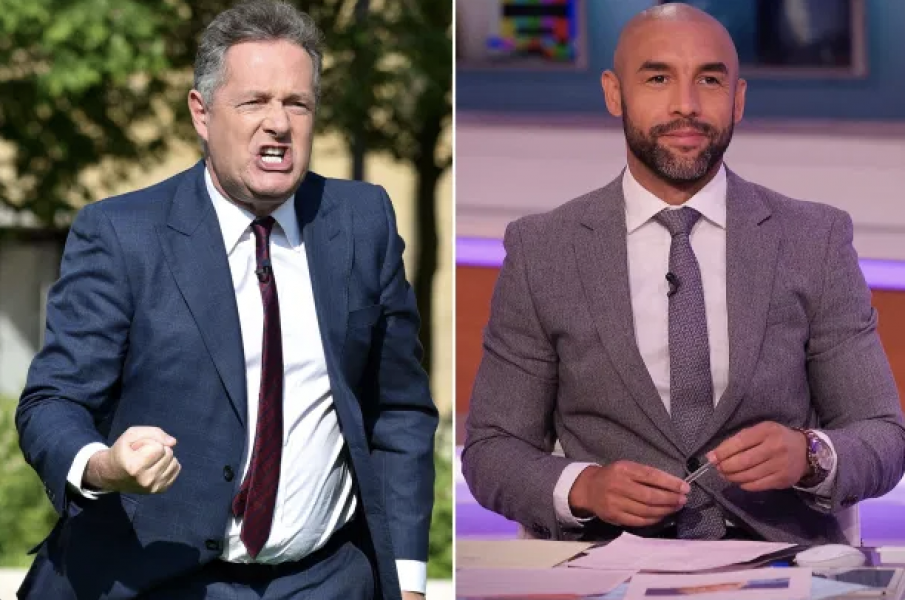 Alex Beresford took Piers Morgan’s old chair for the day on “Good Morning Britain.” Beresford serves as a weatherman on the daily show and clashed on-air with Morgan before the embattled broadcaster lost his job earlier this month for not apologising for his controversial comments about Meghan Markle.

On Friday’s show, Beresford sat next to co-host Kate Garraway. The show has welcomed a rotating list of hosts since Morgan’s exit. His permanent replacement has not yet been confirmed.

Morgan wrote in an open letter about his departure from “GMB,” which occurred after he stormed off the show’s set, that he lost his job for not apologizing for “disbelieving Meghan Markle’s claims in her interview with Oprah Winfrey.”

A senior source at ITV corroborated Morgan’s claims, saying, “Piers was asked to apologize for disbelieving Meghan or he would no longer be able to present ‘GMB’ — and he refused. If he’d said sorry, he’d still be there.”

Morgan, who has a well-documented, complicated relationship with the Duchess of Sussex, doubled down on his comments over his disbelief of Markle’s claims about racism and suicidal thoughts the day after he left the ITV show. Though he referred to himself as a “victim,” he maintained that he is not.

Following his exit, a source close to Morgan, 55, told us that he “thrives on the uproar” over Markle.