HomeNewsTrial of Derek Chauvin, the white American policeman accused of killing George Floyd in May last year, due to begin today

Trial of Derek Chauvin, the white American policeman accused of killing George Floyd in May last year, due to begin today 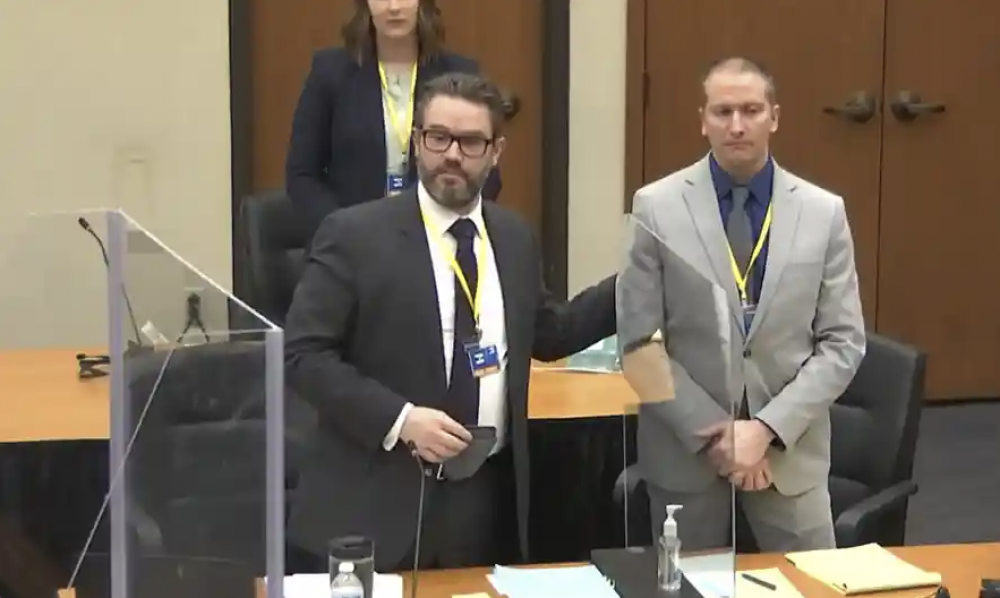 The trial of Derek Chauvin, the American policeman accused of killing George Floyd in May last year, is due to begin today (29th of May).

Derek Chauvin was recorded by passers-by in the city of Minneapolis kneeling on the neck of Mr Floyd, who was black, for more than nine minutes, which killed him. The incident sparked protests in the US and across the world against police brutality and racism.

Derek Chauvin is one of four officers involved to stand trial. He is facing the most serious charges of the four, including second-degree murder, which carries a sentence of up to 40 years in prison. Chauvin, who was fired from the police, has pleaded not guilty.

Family and friends of George Floyd held a vigil and prayer service in Minneapolis ahead of the trial.
"We are [a] God-fearing family, we [are] church people. So, therefore, I'm just going to end it on this - we're asking the system for justice," his brother Terrence said. Another of his brothers, Philonise Floyd, told reporters on Sunday: "I have a big hole right now in my heart. It can't be patched up... I need justice for George. We need a conviction."

During the trial, twelve jurors - plus two alternate (back-up) jurors - will remain anonymous and unseen throughout the televised trial. Prosecutors are expected to play the video showing Mr Chauvin's knee on Mr Floyd's neck early on in the trial.

In order to secure a conviction, they must prove that his conduct was a "substantial causal factor" in Mr Floyd's death. Mr Chauvin's defense team is expected to focus on the fact that Mr Floyd used drugs before his arrest which may have contributed to his death, along with underlying health conditions, and whether Mr Chauvin followed police procedure.