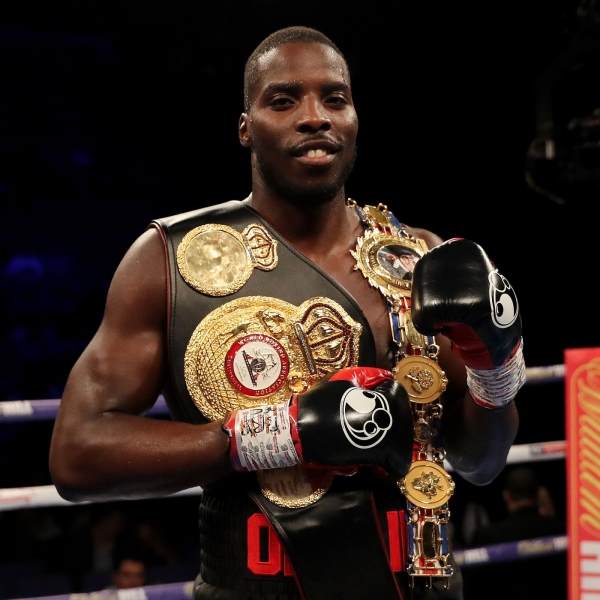 Monday morning. The start of a new week means a new opportunity to work on your goals and aspirations. It is normal from time to time to lack motivation or the energy to get your personal tasks accomplished.

That is why it is important to be able to draw inspiration from someone or somewhere that will enable you to kick start your week and to make sure you use your time in a productive manner.

For this segment, we are going to look at a new world champion, London’s own Lawrence Okolie.

Lawrence Okolie has recently established himself as the best Cruiserweight in world boxing after grabbing the WBO championship by emphatically stopping Krzysztof Glowacki in the sixth round. His journey to the top is certainly a thing to be admired and something anyone can take inspiration from.

So, let us take it back nine years ago; Lawrence Okolie was working in McDonald's and diagnosed as clinically obese and had to endure bullying and discrimination. Since then, the East Londoner has represented Team GB at the Olympics, won the British, Commonwealth, and European titles, and now is the champion of the world in just 16 professional fights; Matching Anthony Joshua’s record that was set in 2016. All this stemmed from Okolie taking his lunch break at McDonald's and watching Anthony Joshua grabbing an Olympic Gold medal in 2012.

Not only is Okolie knocking people out, and winning championships, but the boxer also has the time to make music videos in Dubai and release bangers. He is really letting everyone know, that nothing is going to stop him from doing what he wants.

Lawrence is Okolie is living proof that no dream is too far to chase. No matter your situation, if you are willing to put in the dedication and sacrifice then, the world is truly your oyster. Massive respect to the Champ, Lawrence Okolie.