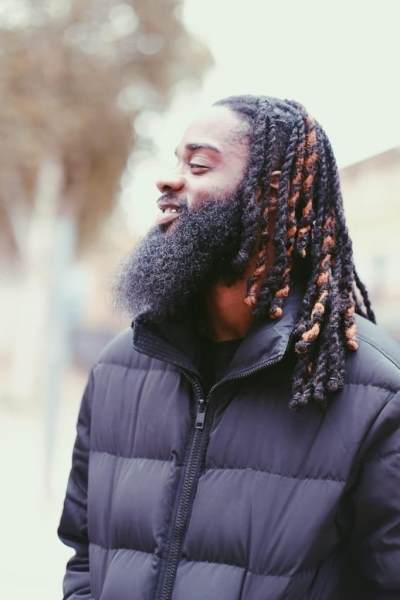 Dex Man’s just-released visuals to his new drill tune ‘So Deep’, a vivid depiction of a downward spiral life in the trap can lead towards.

Dex shows himself to be a great storyteller, with the video providing a dark synergy to his wordplay. At the start, you see someone frustrated with the depression a 9-5 existence traps him in. He tries to change this; the quickest way he knows how. His closest people notice these differences, late nights to early mornings, new kicks and big whips draw him in, as he embarks on a new lifestyle. Inevitably, feds start breathing down his neck, his circles get tighter, paranoia sets in, all until one day he gets popped.

Surviving, but evidently feeling violated, he takes a guy hostage from his ops’ gang, and in a frenzied downward spiral, that’s where we’re told: “to be continued”. Considering it's only 2:25 minutes long, this drop packs a real punch and feels like it has a lot of content to digest. Dex transitions from a drawn-out lazy flow at the start progressively getting faster as the storyline intensifies. He’s got some punchy rhymes to look out for in there, especially around flipping packs. The instrumental features distinct violin strings on the surface and some haunted melodies below, adding to the tragic story that Dex Man is articulating.

The Brixton-native says that he wants to tell stories about life experiences in a non-diluted yet accessible, engaging manner.

Speaking about ‘So Deep’ he said: “It’s a story from South London depicting how rapidly things can escalate in an environment where one day you can have a job and the next, be lured by the fast-paced money of crime, but the consequences are all too familiar.”

We’re definitely looking forward to the next part of this story.