The Streets Will Always Remember...Istanbul 05 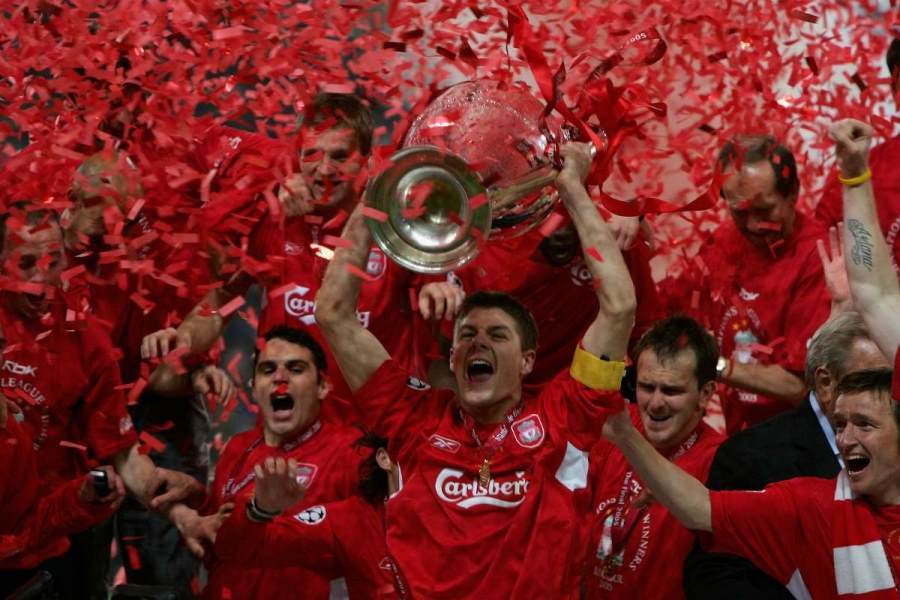 Clive Tyldesley’s voice on commentary and Champions League nights on ITV is a combination soaked in nostalgia for me. Probably, never more so than the line…

This moment, this game, this feeling embodies my relationship with Liverpool football club, fusing a 7-year-old me, with the idea that ultimately, anything can happen in the wonderfully weird world of football.

I'm filling in for Stephen's throwback series this week while he's away. As we're both big reds fans, I thought this would be a great place to reminisce.

The streets will always remember Istanbul because it’s the last major football final, that genuinely stopped everyone in their tracks. Sure there’s been some good show-pieces since then; some cut-throat penalty shoot-outs, some outrageous decisions, some bonkers shows of sportsmanship, but nothing truly as marvellous since.

For starters, it was a football fan’s final, filled with all the European heritage one could hope for. AC Milan. Six times European champions, serial domestic winners, an iconic stadium. They were the real deal, with a team of titans that were known worldwide, under the calculated leadership of Carlo Ancelotti. Kaka, Andrea Pirlo, Paulo Maldini, Cafu, Andriy Shevchenko just to name a few. This was a Milan team that couldn’t be further from the mediocrity hanging over them for the last decade.

Liverpool, the under-dogs, surprised everyone in their run to the final. The team finished 5th that season in the Premier League, in Rafael Benitez’s debut season at Anfield. With the exception of a Steven Gerrard, they weren’t in their opposition’s league on the pitch. What they lacked in playing staff though, they more than made up for in European pedigree. Four European triumphs in the space of six years in the 80’s. England’s most successful club on the continent. Anfield. Never say die. The Atatürk Olympic Stadium all the way in the furthest reaches of Europe was the venue and the stage was well and truly set. It was a fairy-tale set of circumstances, and the final that commenced, well, you couldn’t write it.

Paulo Maldini gave Milan the first-minute lead in the worst possible start to a UCL final for the reds, as he swept the ball home past Jerzy Dudek. Milan was in imperious form in the opening 45 minutes, Liverpool hardly had a chance to breathe, let alone play. Shevchenko scored and then added another just before the break. It was liquid football from the Serie A giants. The players appeared to just glide around the pitch with the ball. Pirlo was directing it, Kaka was finessing it, Seedorf was connecting it. An incredible show of footballing class that first-half display was.

I didn’t understand enough about football to appreciate this at the time, though. The only thing keeping me in front of the telly was the fact that bedtime was the alternative, marginally more unfathomable option. So I sobbed my way to half time, with a backdrop of terrible language from my Dad, who might’ve thought about going to bed himself.

Imagine last year, if Bayern went in at half-time 3-0 up, the game would be gone by all accounts. There was a serious worry that it could’ve got embarrassing for Liverpool, and if it were now, social media would’ve been carnage. I don’t know exactly what went on the Reds’ changing room at half-time. Somewhere between Rafa Benitez’s tactical prowess, Jamie Carragher’s ill-acceptance for any more public shame, or Stevie G’s realisation that he’s, well, Steven Gerrard. Something changed. Personnel changed too, with Didi Harman coming on for Steve Finnan to anchor the midfield.

It proved to be a brilliant substitution, changing the entire dynamic of the game.

Liverpool came out revitalised, scoring 3 goals in the space of five minutes. Gerrard’s “hello, here we go” moment was followed by an edge-of-the-box arrow from Vladimír Šmicer and a penalty-rebound strike from Xabi Alonso. A breath-taking fightback in the club’s most desperate hour of need. The header from Gerrard is one of the best I’ve ever seen, let alone in a champions league final. The Merseyside-man waves his hands at the travelling Liverpool fans, willing them to believe that the fightback will happen, and they respond. In that five-minute spell, you would be excused for thinking that it was only LFC fans in the stadium. The noise was electrifying.

As quickly as the pendulum swung in our favour, it doubled right back again. Milan came knocking time and time again, in the last 30-minutes of normal time. If it weren’t for some Jamie Carragher heroics, alongside some last-ditch defending by the likes of Djimi Traore and Sami Hyypiä, we could’ve lost the game 6-3. Somehow we make it to extra time.

At this point we all wanted penalties, you could see as the game wore on, that while both teams were fading, AC had that little extra dose of quality in the final 3rd. In the 117th minute, Jerzy Dudek made one of the greatest double saves of all time, denying Shevchenko not once, but twice from under 5 yards out.

Penalties loomed, both teams having left everything out on the pitch. When the final whistle blew after extra time, you always got the feeling the advantage was with Liverpool, having defied the odds to get to that point. Naively, I thought to myself that every European final must be like this.

Astonishingly, the Reds’ were a Dudek save away from a 5th European title.

This would probably be a good time to share with you my other, favourite piece of Clive Tydesley commentary.

“He’s saved it! The European cup is returning to England and to Anfield. Liverpool, are champions of Europe again.”