HomeNews'Kill The Bill' protests against the Police, Crime, Sentencing and Courts Bill lead to clashes with police

'Kill The Bill' protests against the Police, Crime, Sentencing and Courts Bill lead to clashes with police 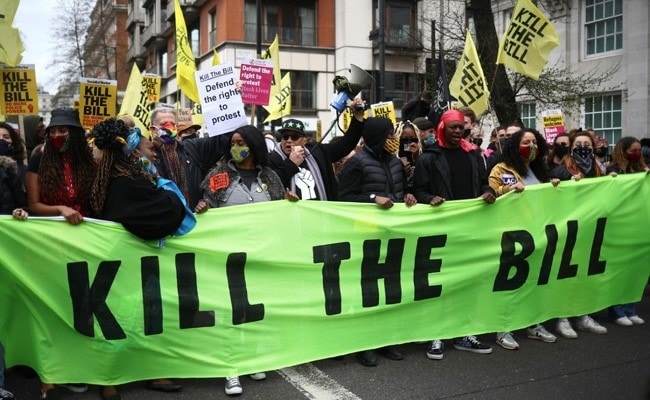 Events took place in London, Manchester, Leeds, Bristol and many other cities on Saturday to protest the bill, which will give police new powers to impose restrictions on protests, including start and finish times and noise limits. The protests in London turned violent with reports of injuries and arrests. Protests in Bristol over the last week also resulted in clashes with police.

Ministers and police have defended the proposals, saying they were needed to tackle demonstrations such as the ones by Extinction Rebellion in 2019, where mass occupations of roads and bridges in London and elsewhere allegedly "stretched police resources to the limit".

Former Labour leader Jeremy Corbyn, who had earlier addressed crowds in London's Parliament Square, said the bill was a "very dangerous, slippery slope". Seven people were arrested at a Kill the Bill protest in Bristol, which was attended by about 1,500 people.

Protests were also held in Birmingham, Liverpool, Newcastle, Weymouth and Bournemouth, amongst other places.