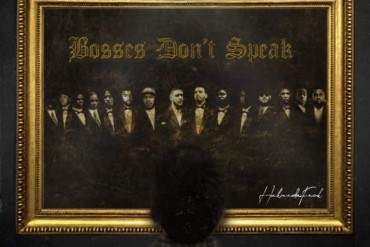 Hakmadafack is a 26-year-old music producer from Holland whose production style is very raw and resembles some elements of UK drill, but with slight twists to it. Over the years he has worked with a whole host of different artists from his home country in Holland but also some from the UK - as showcased on this hard-hitting EP.

The 8-track EP boasts collaborations with some big names from right here in the United Kingdom with the likes of 67 and C-Biz jumping on the project to create two very sick tracks with the Dutch producer. The track with 67 is hard, with elements of a UK drill beat but merged with Hakmadafack's own style which makes this track so hard - along with the talent that we know 67 bring to a track whenever they touch on a beat.

Hakmadafack does not do too many interviews but instead lets his music do the talking, and when you hear his beats you can hear why. This young producer is definitely one to keep an eye out for, with high energy and high tempo beats that when you hear them you can just imagine how certain artists would sound on them, you instantly want him to produce beats for more UK artists because they would absolutely shell on them - just as C. Biz and 67 have proven on their features.

The EP is available to stream now, go and check it out it is crazy.