A Tribute to DMX 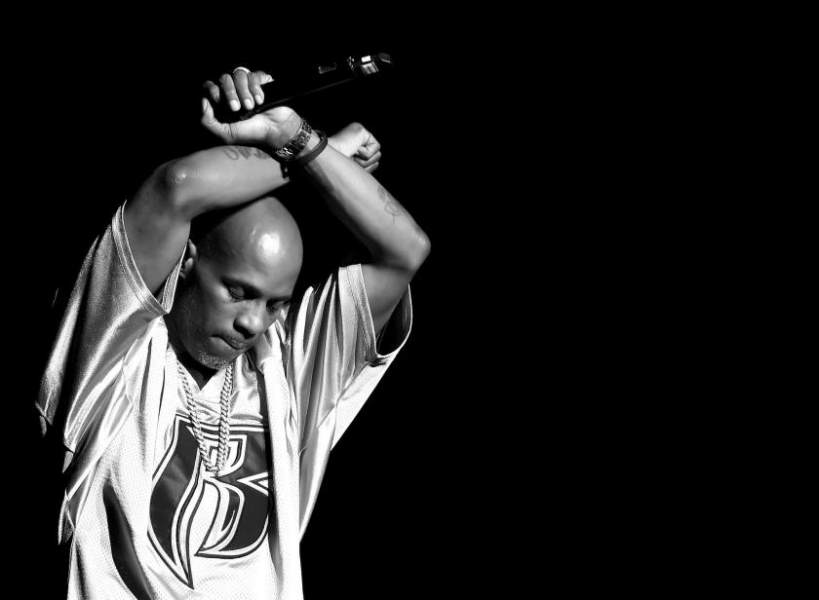 Last Friday, after a week of hope that we would get some good news, our hearts sank when we heard that DMX had passed away. My timeline over the weekend was full of people sharing his songs, interview clips, performance clips and stories. The weekend was an outpouring of love and grief at the same time, people celebrating his life coupled with the sadness from his death.

DMX touched people’s lives in many ways. Stories of random interactions with people that meant so much to them spread over the weekend. Stories like him dancing at an Albanian wedding or making omelettes in the kitchen at an IHOP or helping employees at a Waffle House to mop up at 4 am. These stories gave us a glimpse into what kind of a man DMX was.

But of course, it was his music that resonated with people the most. From his debut album ‘It’s Dark and Hell is Hot,’ released back in 1998, DMX has been a voice for the impoverished. From the rage of songs like ‘Stop Being Greedy’ to the raw vulnerability of tracks like ‘Let Me Fly,’ ‘Look Through My Eyes’ and ‘I Can Feel It,’ DMX would lay the foundation for New York hip hop for the next few years, completely flipping a Hip Hop that had been dominated by Diddy’s Jiggy era.

DMX would follow the amazing success of the number 1 album ‘It’s Dark and Hell is Hot’ with another one released just 10 months later. ‘Flesh of My Flesh, Blood of My Blood,’ would give DMX the honour of becoming only the second rapper after 2Pac to release 2 number one albums in the same calendar year. The first single from the album was a song that many of us can’t listen to now without tearing up. Here was one of the biggest artists in the world, coming off an amazing debut album, kicking things off with one of his most revealing songs, delving into the trauma that haunted him through his life but also providing those going through it with an anthem to fight through it.

DMX’s success would continue, his next 3 albums would all go number and multi times platinum. He crossed over into movies, the iconic ‘Belly’ and a pair of films with Jet Li ‘Romeo Must Die’ and ‘Cradle 2 The Grave’ being favourites amongst fans. With DMX its the main star, Ruff Ryders became ubiquitous in the late 90s and early 2000s, the logo regularly sketched in the margins of school books and fake Ruff Ryders chains sold in streetwear shops.

But even at the peak of his powers, even at a time when all the eyes of the world where on him, X was still thinking about others.

We already know how much your watch is worth, Talk about helping the hurt, saving the Church, Why don't you brag about helping out where you come from? And give brothers a job that really want one? - Trina Moe

One of my favourite songs of his and one that I put on immediately following the news of his death is one from the ‘Cradle to the Grave’ soundtrack. ‘Right/Wrong’ is a conversation that DMX is having with God. X’ relationship with God was a constant throughout his music. Rhyming over a cinematic DJ Envy and Mono beat, the song features a lyric which DMX would get tattooed on his stomach, a tattoo which was then matched by his goddaughter Paige Hurd, the lyrics being:

DMX lived his life to help others. Swiss Beatz took to Instagram over the weekend and said:

"Since the day that I met him, he lived his life for everyone else. I have never seen him live his life for himself.”

“This man had $30 million, writing his music in abandoned buildings. He would give his clothes away. He would sit down with homeless people and eat with them, with $30m in the bank! He didn't care about money, he care not about humanity. He was a humanitarian. He did more charity than probably every artist I know. The only difference with his charity is he never talked about it. He just did it, on a daily basis."

Of course, DMX will live on through his music, but it is the memories he created that will really resonate. The stories of personal interactions that had us all smiling over the weekend, the iconic film moments like him and Nas walking through in the opening scene of Belly, the songs that soundtracked parties, but also the songs that got us through dark days. DMX's music was so personal, that it felt like we all knew him. He touched many lives throughout his 50 years, and for that, he will always be remembered.