HomeVideosAJ Tracey and Big Zuu take a look at their YouTube comments for Noisey's series 'The People Vs.'

AJ Tracey and Big Zuu take a look at their YouTube comments for Noisey's series 'The People Vs.' 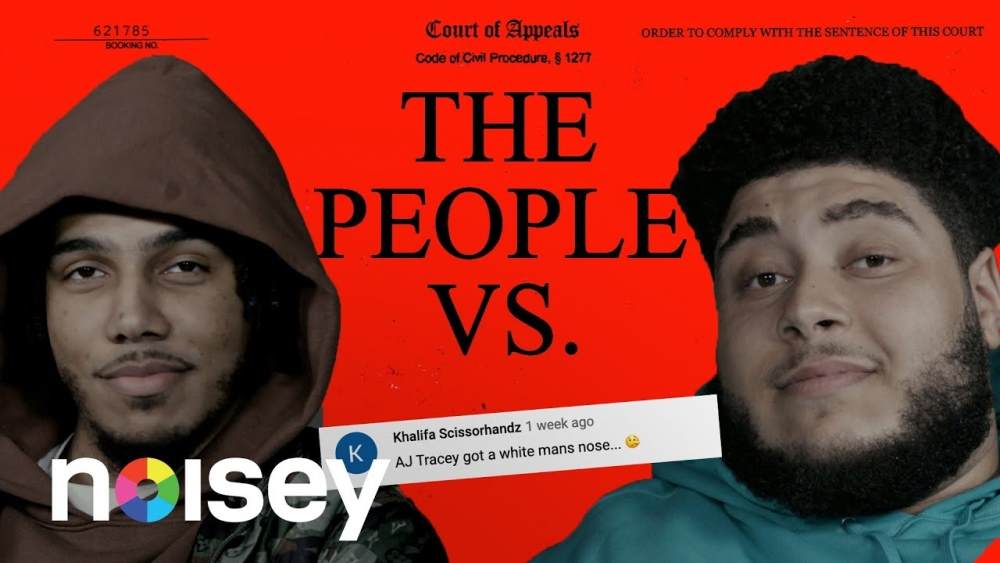 Cousins and good friends AJ Tracey and Big Zuu sit down with Noisey to scroll through their YouTube comments on a brand new episode of 'The People Vs.'

Noisey's series 'The People Vs.' is a series where artists sit down and go through their YouTube comments and respond to them - whether they are positive comments or negative - and often give some entertaining responses. In the past we have seen the likes of Headie One, Krept & Konan, Mist and many many more appear on the series, and this time AJ Tracey and Big Zuu sit down to reply to the people's comments on AJ Tracey's latest release, 'Anxious'.

AJ Tracey recently released his new track 'Anxious' from his upcoming album titled 'Flu Game' so Noisey decided to get himself and his cousin Big Zuu to sit down and react to some of the comments on the video and the results are very entertaining. There are some positive comments, some hilarious comments, and some...constructive criticism, shall we say - and the pairs responses are equally as entertaining.

The new episode is out now so head over to Noisey's YouTube channel to check it out.