HomeExclusivesAbby Power kicks it old school with the help of L Martin, Britizen Kane and Tony D on brand new 'No Gimmicks Cypher'

Abby Power kicks it old school with the help of L Martin, Britizen Kane and Tony D on brand new 'No Gimmicks Cypher' 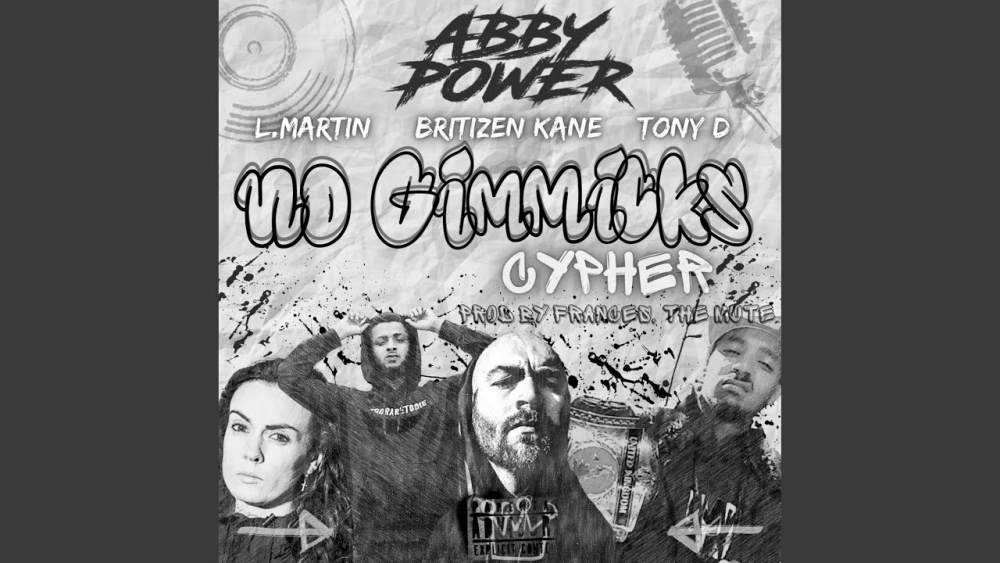 Abby Power started writing and recording music in 2010 but took a 5-year break and started releasing music again in July last year (2020), and has shown a crazy work rate as she has released a single each month since then, as well as two EP's that went to number one on the Amazon UK Rap and Hip Hop best-selling charts on pre-sales alone, one of which had two tracks supported both by BBC Introducing London, and BBC Radio London.

The No Gimmicks Cypher was put together to thank people for their support for the Lofi Hip Hop EP Abby Power dropped in February titled 'Class of '94'. The opening track of this EP was titled 'No Gimmicks' - hence the name of this cypher. The No Gimmicks Cypher is Abby's way of closing off the Class of '94 chapter, and creating a true tribute to what lead to the project's birth in the first place - real lyricism over an old school Hip Hop beat.

Abby enlisted three very talented rappers to join her on this cypher, each bringing something fresh to the table. L Martin brings a smoothness with his vocals and clever lyricism. Britizen Kane unleashes a hard-hitting flow and powerful bars and finally, Tony D - one of the most elite rappers in the UK battle rap scene - does what he does best, spitting real bars in an engaging way with each and every syllable. This cypher is pure lyricism from start to finish, something that is very refreshing to hear from this kind of cypher.

The cypher is out now so go and check it out if you are into captivating lyricism and old school hip hop beats, this is perfect for you!