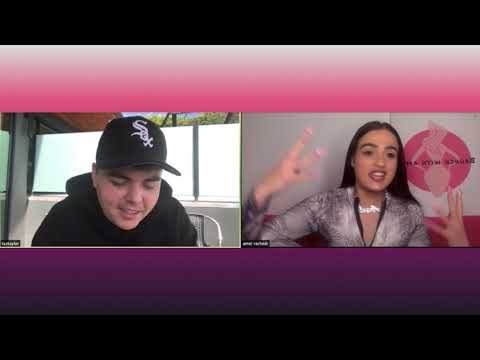 Following her huge episode with Keri Hilson, Amel Rachedi is joined by one of the biggest producers in the game right now, Taz Taylor aka Internet Money.

Internet Money is one of the biggest producers in the game right now, creating absolute bangers like 'Lemonade' featuring Gunna, Don Toliver and NAV, and 'JETSKI' featuring Lil Mosey and Lil Tecca to name just two tracks from a star-studded back catalogue of music.

In this episode the charming and bubbly presenter chats to the founder of Internet Money Records and top producer Taz Taylor about how Internet Money started up as a record label, what the process is like in a regular day for the Internet Money Team, who Taz's icons are as a producer and loads more sick topics.

One of the most interesting segments on this episode is Taz talking about how he started up Internet Money and he talks about the struggles that he went through whilst climbing to the point he is at and it really shows just how much he deserves all of the flowers he is now getting for the work he has put in towards it and him and his team are tearing things up right now in the American scene and taking their tracks all over the world.

This episode is out now on Amel Rachedi's YouTube channel so go and check it out now, any young inspiring producers definitely take note of some of the points in this episode as Taz's story just goes to show you can do anything if you put your mind to it!