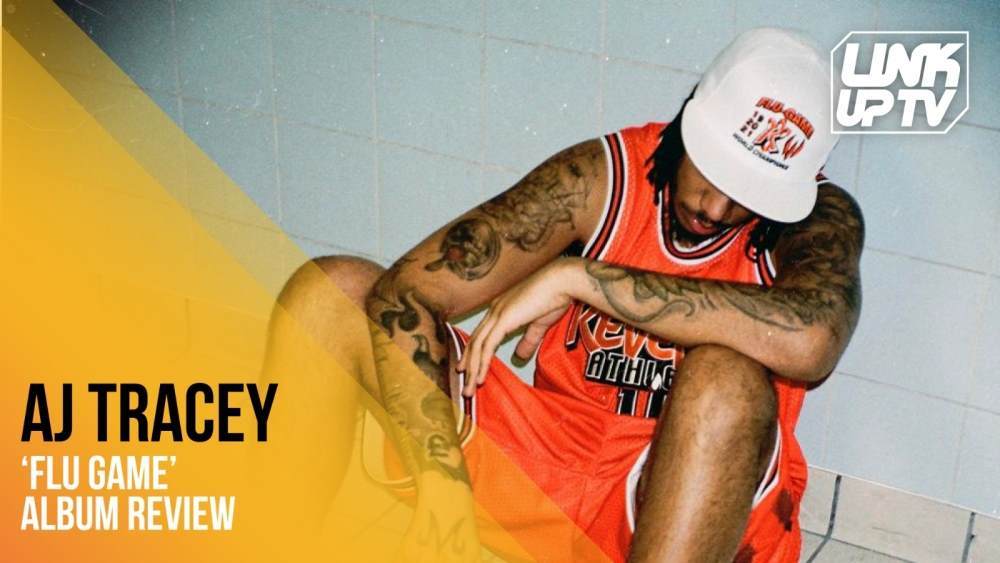 West London rapper AJ Tracey has always delivered for his fans, and it appears he is ready to deliver on the court too. The last few years for the artist have been career-defining as he has slam-dunked everything he’s put out into existence. The rapper has explored different genres and worked with a variety of artists – all while still staying true to himself as an independent artist. His latest album, ‘Flu Game’, is a testament to just how far AJ from the lane has come, and, as it stands, this release is a key point in AJ’s timeline.

AJ pays homage to the infamous 1997 basketball game between the Chicago Bulls and Utah Jazz. The story is that Micheal Jordan fell ill with food poisoning the night before the big game, but it didn’t stop MJ from helping the Bulls win the game and go on to win the playoff series.

That entire Bulls team was full of superstars, and on ‘Flu Game’ Tracey brings through a couple of his own. Bringing in team members from over the Atlantic as he merges his style with both American and Canadian stars. Tracey shows major love to the UK scene as well with artists such as Digga D, Mabel, and MoStack all featuring on ‘Flu Game'.

For the majority, the 16-track album is a blissful listening experience. It possesses tracks like ‘Anxious’ where AJ wastes no time addressing criticism that comes his way. “AJ Tracey’s such a d******d, all he do is boast”. He then proceeds to do exactly that as he makes explicit references to shopping at Harrods and going for a bite to eat at the Mayfair restaurant Novikov. But you can’t hate him for it, as AJ’s immense flow on ‘Anxious’ is enough to make you forgive his flossing.

Next up on the album is what many would describe as the Championship point. The collab with Canadian rapper Nav ‘'Kukoč’ is a drill-inspired soundwave that pairs the stylings of both Tracey and Nav into a perfect blend. The duo go back to back as they trade bars and match the energy of the hyped beat.

The first quarter of ‘Flu Game’ is completed with the pre-released ‘Bringing It Back,' which is already proving itself to be a rap treasure on the streets of the UK. AJ comes through with his second solo single of the album with ‘Cheerleaders’, and it doesn’t disappoint as it puts a finishing gloss on this part of the album.

But it’s not to say that ‘Flu Game’ is without its flaws, and it would be a fair assumption to say that the album loses its impact halfway through. The decision to include seven tracks in a row without any features was brave.

Don't get us wrong, we love AJ as a solo artist. He has proved that he can hold his own as an individual, but it would have also been nice to see him link up with a familiar face or two. There is a feeling in the air that another AJ and Dave collab was meant to be on this album. Like Micheal Jordan and Scottie Pippen, these two are legends in their game.

When will we get the sequel to 'Thiago Silva?' Unfortunately, we're still in the lurch, and all we can do is debate if it's going to be called 'Kylian' or not.

With all that being said, ‘Flu Game’ gets right back on track with a little help from his American teammates. On ‘Summertime Shootout’, he links up with rap legend T-Pain as the pair work together to muster up a sunshine vibe. Tracey also enlists the help of the brilliant Kehlani for their song ‘Coupé’ with their styles being a match made in heaven.

AJ has hit a free throw with ‘Flu Game’, and although it’s different from his first album, it highlights how much he has grown as an artist in those two years.

Listen to 'Flu Game' below.