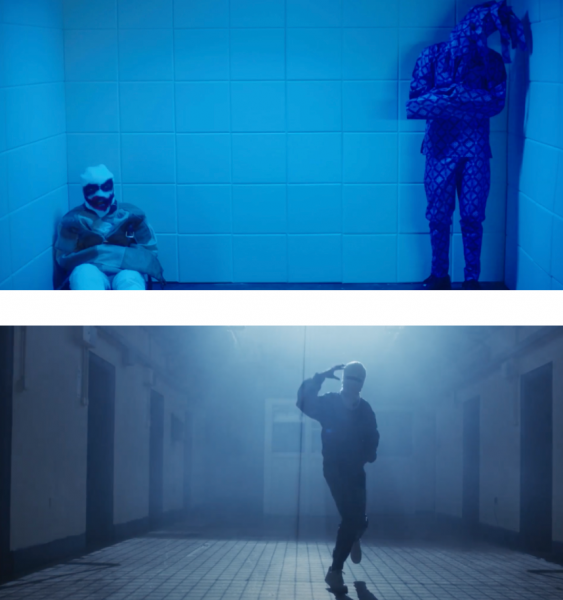 Midas The Jagaban has pleased fans by surprise dropping not one but TWO brand new music videos for her tracks 'Cloud 9' and 'STEP2ME'.

Hailing from South London, from a young age Midas The Jagaban has used music as a form of escapism and now her bally - a signature of hers - allows her to tell her story anonymously. She made it on to BBC Radio 1xtra’s Ones To Watch for 2021 and it’s nearly impossible not to mention her breakthrough tracks ‘Come We Bill Ehh’ and ‘Party With A Jagaban’ which between them have stacked up over 40 million plays and counting.

“Cloud 9” is the first of these music videos and it is directed by the incredibly talented Nathan James Tettey who has worked on bangers like Ghetts & Stomzy’s - “ Skengman'' as well as Headie One & Drake’s - “Only You Freestyle”. Throughout the video, Midas showcases her personality with a nod to The Joker, who many people see as a misunderstood mastermind, whilst also paying homage to Nigerian Afrobeat legend, Lágbájá, with her outfit choice leaving her anonymity but also showcasing her roots.

Directed by Mad Brother Productions - made up of Afro B, Blade Brown and Steel Banglez - “Step 2 Me” sees Midas behind bars playing out a narrative that redefines gender roles and once again showcases her ability to turn things around and change the conversation away from what the listeners would be expecting. The video has an eerie feel to it and matches the tone of the subject matter perfectly - something that Midas The Jagaban does so well.