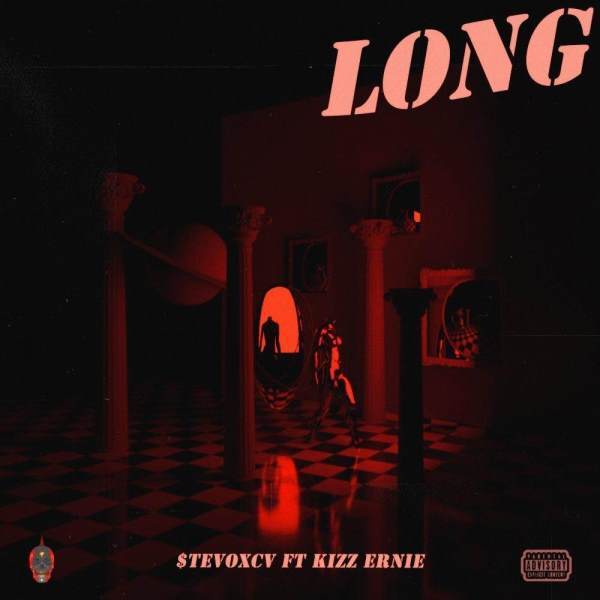 Rising UK rapper, $tevoxcv has released a new single “Long”. This is the rapper’s first single since the release of his debut album Untold Stories in 2020 and it features Kizz Ernie. On this track, $tevoxcv effortlessly delivers bars in a smooth manner while Kizz Ernie delights with his Afro-infused vocals on the chorus. Together, both artists use the song as a medium to express their frustration in the long wait for the girl they have been waiting for.

$tevoxcv spoke about the song and said: “Long was one of the first songs I recorded when I made the conscious decision to experiment on switching up the genre of beats I was working on. I wrote the verses real quick, left the chorus empty as I knew the vibe I wanted. Barely a couple of weeks after Kizz and I first linked up, I knew I wanted the sort of vibe he brings on the song so I reached out, he literally pulled up on man not long after I hit him up, we hit the studio and the rest was history.”

$tevoxcv - real name Steve Okolo - is a U.K. based hip-hop artist who has been recording music since he was 16. Now in his twenties, he has developed his own sound that blends hip-hop, pop, and Afrobeats. In 2020, he released his debut project, 'Untold Stories' featuring huge tracks like “Top”, “Set Tings”, and “Sisi Eko”. Another standout in his discography is his track with Duzzy Lee titled “Silver & Gold”. Both artists used the song to highlight the End SARS movement and social injustice in Nigeria - something which is very important to both artists and their fans alike.