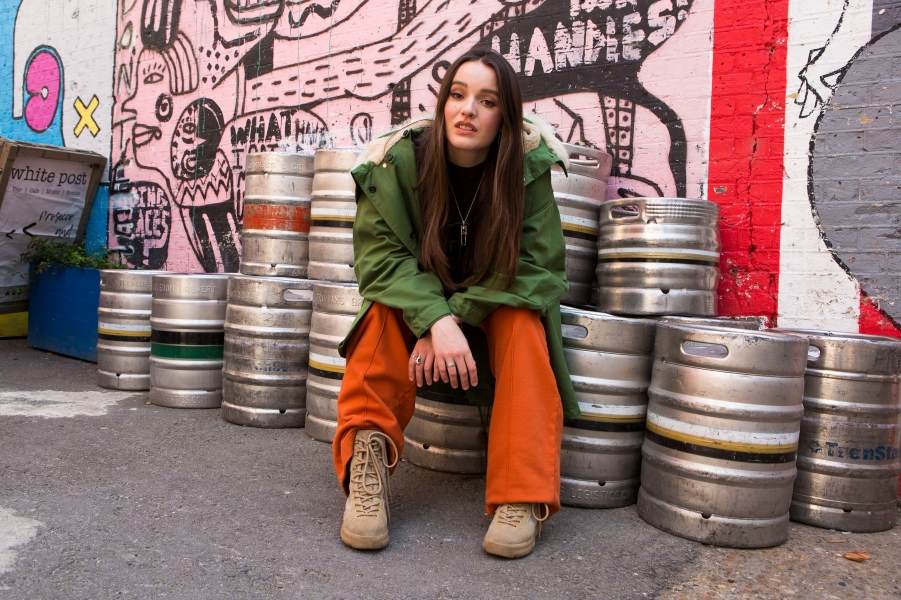 Bursting back onto the scene in quick succession after the success of her previous offering ‘Two Faces’, Olivia Swann is bouncing with energy on her straight talking follow up ‘So Many Friends’, which arrives on 23rd April.

This tongue-in-cheek track has a groovy R&B bassline at it’s heart while telling Swann’s story of the seemingly never ending encounters with those clout chasing, fake talking social butterflies of the nightlife scene. ‘So many friends’ is a certified bop, once again displaying Swann’s fresh sonic edge with it’s sprinkling of satire in the distorted synths, woven in by the earworm vocals, whilst always packing a punch in the lyrics department. Olivia’s no-nonsense attitude and à la Lily Allen lyricism is addictive and infectious, and pips her as one of the R&B scene’s most exhilarating new prospects.

After she raised both eyebrows and intrigue with her rollicking debut release ‘Salty’, Olivia has went on to rack up over 55,000 views of the vibrant visuals on YouTube, as well as being hotly tipped by 1Xtra’s DJ Target, BBC Radio 1’s Jack Saunders and Apple Music’s Rebecca Judd. The track also went viral on TikTok, with social media star Kristen Hancher and choreographing a dance to it that was shared to all of her 24 million followers. Plus, Olivia Swann’s second single, ‘Two Faces’ was also shared by Danielle Cohn’s 18million followers’ on TikTok. Rebecca Judd from Apple Music 1 has also championed Olivia’s track ‘Two Faces’ on air!

Citing her inspirations as Outkast, Erykah Badu, Chet Baker and Amy Winehouse, Olivia’s aesthetic oozes cool, with her dedication to her style an aspect that makes her so promising as an artist. “I am an eternal tomboy,” Olivia explains. “Handbags and heels just aren’t my thing. I would constantly get mistaken for a boy as my go to look was baggy jeans, beanies, football shirts and of course trainers at all times!”. The Berklee College of Music graduate has been mentored by Grammy award-winning producers and songwriters such as James Fauntleroy (Kendrick Lamar, Frank Ocean), Rico Love (Beyonce, Usher) and Rance Dopson (Roddy Rich, Ella Mai), and her impeccably honed artistry looks set to take over the scene this year.