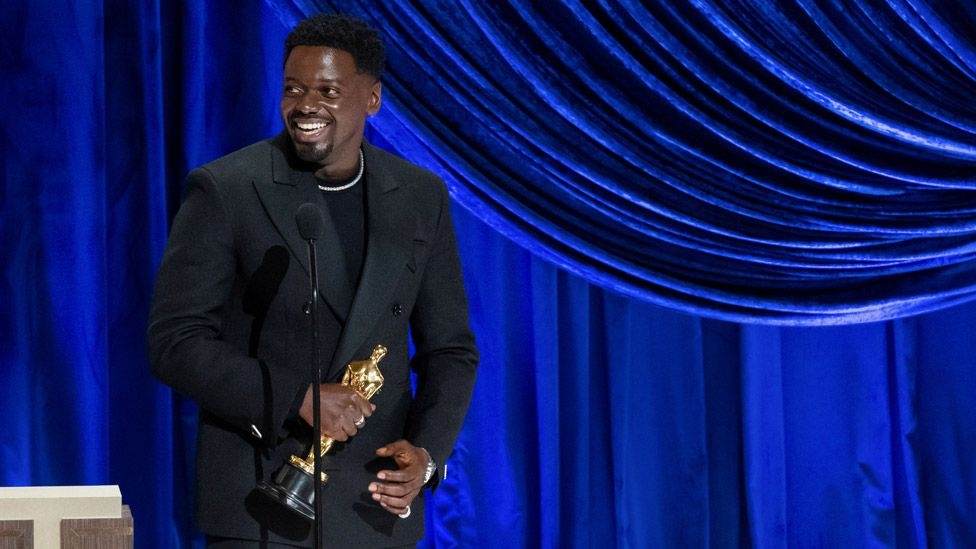 "What a man. How blessed we are that we live in a lifetime where he existed," the actor said. "I am humbled to be nominated for portraying a man whose principles I deeply respect and for guiding me to walk in his footsteps."
Kaluuya also paid tribute to his mother, who was watching at the BFI, who he said: "gave me my factory settings so I can stand at my fullest height".