HomeNewsDrake hits back after being booed off stage

Drake hits back after being booed off stage 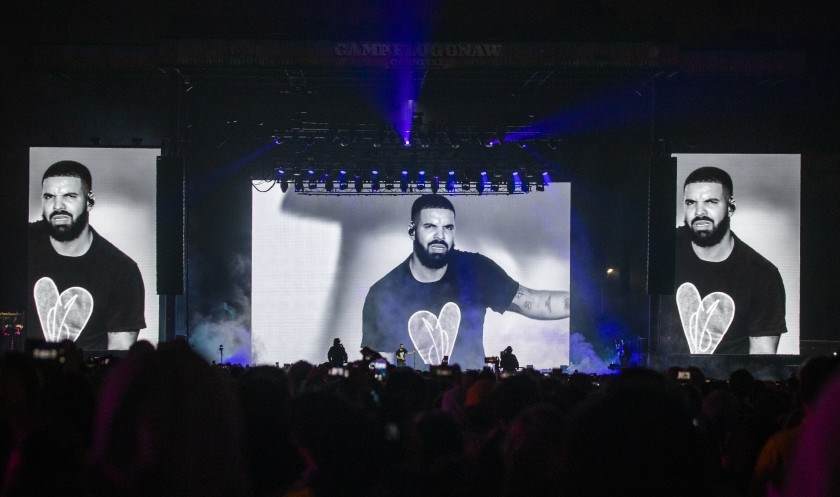 If you hadn't already heard, Octobers Very Own Drizzy Drake was recently booed off stage during an appearance at Tyler, the Creator's Camp Flog Naw festival.

The annual event once again took over LA's Dodger Stadium, and when a surprise headline slot was kept secret many fans expected the return of fellow Odd Future graduate Frank Ocean. Instead they were met with a surprise appearance from megastar, Drake. This may haven been a strange pairing with a Tyler related event, a clash of styles if you will, but you would still expect the California crowd to be hyped when presented with a set of arguably the most successful artist currently in the game. This has led to many debates amongst members of the hip hop community, with many highlighting a sense of entitlement radiating from the versatile artists fanbase. After all, Odd Future did make music for the outcasts. Mainstream success was never the aim back then, and the loyal following the 'IGOR' rapper has amassed may not appreciate the product Drake brings to the table.

Now Toronto's finest has answered his shady reception in a brilliant and hilarious way, proving to the haters that it takes a little more to get under his skin. Captioning a recent instagram post he said:

“Plot twist…just signed a 10 year residency at Camp Flog Gnaw, sorry kids see you EVERY SINGLE YEAR till you are 30.”

What a way to answer adversity! It seems this past weekend won't be playing on Drizzy's mind for long, although Tyler did take to Twitter to address the actions of his fans.

“I THOUGHT BRINGING ONE OF THE BIGGEST ARTIST ON THE F*****G PLANET TO A MUSIC FESTIVAL WAS FIRE!” he exclaimed. “BUT FLIPSIDE, A LIL TONE DEAF KNOWING THE SPECIFIC CROWD IT DREW. SOME CREATED A NARRATIVE IN THEIR HEAD AND ACTED OUT LIKE ASSHOLES WHEN IT DIDNT COME TRUE AND I DONT F**K WITH THAT."

“THIS N***A DID FEEL NO WAYS! SONG IS BEAUTIFUL. ALSO, MOSTLY EVERYONE WAS HAVING A GREAT TIME, THOSE SHITS IN THE FRONT AREA WERE THE ONES BEING MAD RUDE, WHICH, I CAN SEE WHY, BUT, NAH, F**K THAT, YALL REPRESENTED ME AND FLOG TO MY GUEST AND MADE US LOOK SOOO ENTITLED AND TRASH.”

So food for thought aimed at those in attendance. Do you think the fans were out of line? Head over to Twitter to see Tyler's full tirade. Peace!

Plot twist...just signed a 10 year residency at Camp Flog Gnaw sorry kids see you EVERY SINGLE YEAR till you are 30 🤪

Alhan and Poet are back on our scree...

AJ Tracey makes it a trilogy as he j...

COVID is no longer the leading cause...

The 'European Super League' has offi...

COVID is no longer the leading cause of death in Wales

Sharif returns with brand new track ‘On Me’

KLEKT: Best sneakers of the week!

Wellgosh: Drops Of The Week