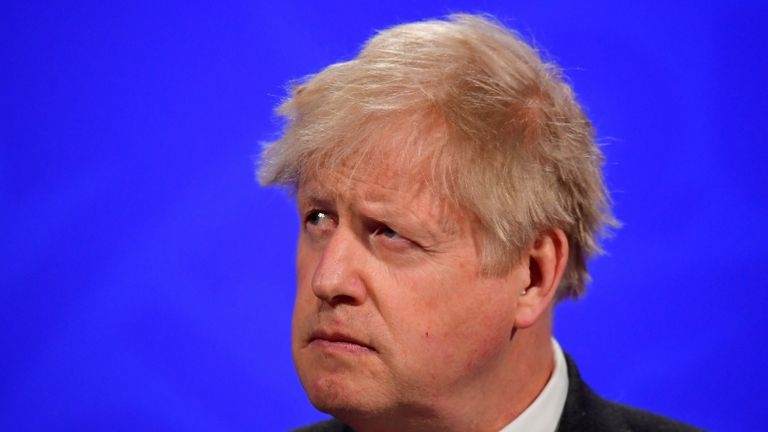 Boris Johnson reportedly said he would rather see ‘bodies pile high in their thousands’ than order the third lockdown, it was claimed last night. Reports claim that the explosive remark is said to have come after he reluctantly imposed the second lockdown.

Downing Street last night strongly denied the Prime Minister made the comment, insisting it was ‘just another lie’. But those who say they heard it stand by their claim. It allegedly came after Michael Gove warned Mr Johnson that soldiers would be needed to guard hospitals overrun with Covid victims.

He agreed to fresh restrictions but his frustration is said to have boiled over after the crucial meeting at No 10 in October. ‘No more ****ing lockdowns – let the bodies pile high in their thousands!’ he is alleged to have raged. The Prime Minister is also reported to have made similarly blunt observations during the crisis.

The disclosure comes amid a spectacular public war of words between him and his former chief of staff Dominic Cummings.

Mr Cummings is expected to use his appearance before a Commons committee next month to challenge the Prime Minister’s handling of the pandemic.