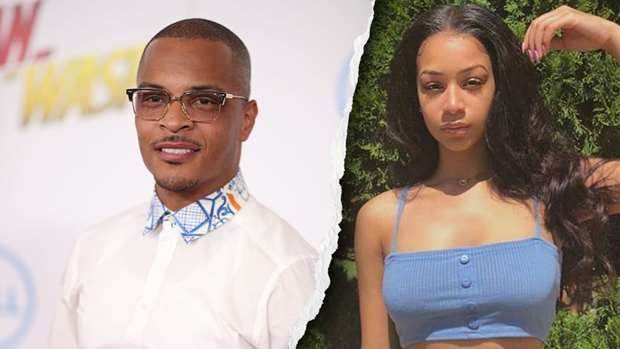 After the recent reveal that Tip T.I. Harris attends his daughters' gynecology appointments in order to "check her hymen", the Atlanta rapper has faced major public shaming and ridicule across all forms of social media. But it's not just the fans, famous faces are joining in on the action too.
Deyjah Harris is eighteen years old, but despite being a legal adult it seems she is not currently free to make her own decisions. Speaking on the 'Ladies Like Us' podcast, Tip said: “I will say as of her 18th birthday, her hymen is still intact. Deyjah’s 18, just graduated high school now and she’s attending her first year of college figuring it out for herself. And yes not only have we had the conversation, we have yearly trips to the gynecologist to check her hymen.” It's clear listening back to the episode that the hosts at first think the rap heavyweight is attempting a strange form of humour, but no, he indeed went on to detail this annual tradition in creepier detail. Now fellow artists 50 Cent and Snoop Dogg have weighed in with their two cents.
The Doggfather shared a hilarious meme on his Instagram account, poking fun at his contemporary. While in typical fashion for him, Fifty joined in the clowning in the comments below. “Yeah man, the fuck was T.I. talking about LOL.” Since the confession was made Deyjah has unfollowed her father on social media, and perhaps this whole media storm will lead to some open conversations and change within the family.
What's your take on this strange family dynamic? I'm sure Tip has a lot of thinking to do before he crawls out the woodwork to respond.