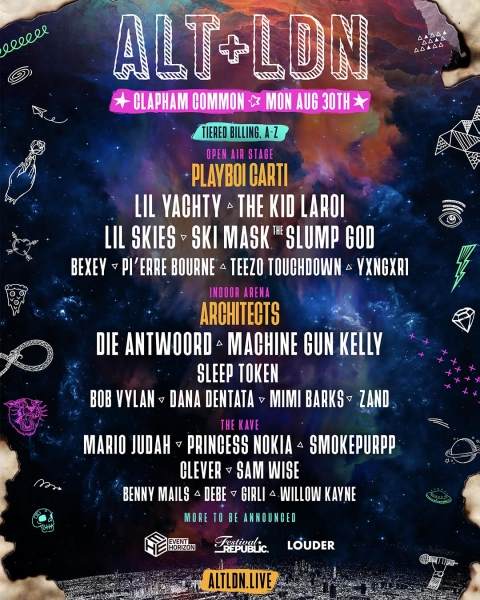 ALT+LDN is set to be the UK's first of it’s kind as alternative Hip-Hop and Rock combine in a festival format. This brand new festival is scheduled to take place on Monday 30th August of this year, Clapham Common, South London.

The announced lineup is a huge melting pot of some of the biggest alternative acts across the globe. Standout artists include the likes of Playboi Carti, fresh from the release of recent album ‘Whole Lotta Red’. Said to have “single-handedly redefining the alternative landscape” with last year’s ‘Tickets To My Downfall’, Machine Gun Kelly is also set to hit the stage on this year’s exciting bill. Many more familiar names also appear in the lineup of which you can see above.

Tickets for this festival will go on sale on Wednesday 5th May here, starting from £55 (+Booking Fee). If you’re feeling this lineup let us know in the comment section below and on social media. Did they miss anyone that you'd like to see on the lineup? Let us know!