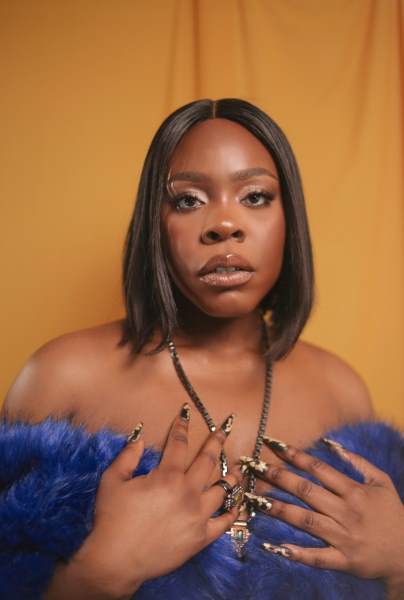 Blossoming into one of R&B’s most promising prospects, Shaé Universe makes music that enchants and inspires. Set to release her ethereal new single ‘111’, the Hertfordshire artist’s talent continues to intrigue, with an array of the industry’s finest queuing up to create tracks with her.

‘111’, a nod to the concept of angel numbers and their spiritual awakenings, is a luscious slice of soul that bears a profoundly personal message for the 25-year-old singer-songwriter. With a syncopated melody consisting of delicate riffs, simmering 808’s and soaring synth patterns, Shae’s silky vocals capture the depth of the song’s meaning, as celestial harmonies cushion her every word. The lyrics tell of the power that manifestation and desire can bring into one’s life, an experience that Shae opened up to late last year that inspired the track. “111 is a number that found me in November 2020 when I visited Brooklyn, New York for the first time. It was my first solo trip as Shae Universe and at the time I had no idea that these numbers would become so significant in my life. My door number whilst I was out there was 111 and when I got back to the UK, I randomly started to see it everywhere, every day. It got so mind-boggling that I had to research it. I discovered that many people around the world also see that number and it’s said to present itself at a time of elevation, transition or awakening in one's life. It’s also globally known to be a sign that you are on the right path, and exactly where you are meant to be at this moment in time. The day I wrote ‘111’ I opened my voice note recording app in the studio, as I usually do, to record some melodies as I listened to the beat play. After recording the melodies I looked down to press stop and noticed that it was my 111th voice note. At that moment I knew that whatever I wrote in that session was to be centred around synchronicity. And there you have it, 111”.

Born in Nigeria before moving to Britain when she was four years old, Shaé grew up on a rich variety of music, blending the gospel and soul of her household with musical icons such as Erykah Badu, Jazmine Sullivan and Brandy. After graduating from university with a BA in American Theatre, she decided to focus entirely on her craft and has since flourished in the UK scene. With a multitude of singles already under her belt, including her biggest hit ‘No Stallin’ which has racked up over 1.8 million streams, Shae has gone on to collaborate with artists such as Kojey Radical, Ms Banks and Etta Bond. Having cultivated her fanbase through her singing videos which she regularly uploaded to Twitter, they caught the attention of artists such as Ella Mai, Stormzy, Chance The Rapper, Nao, Tory Lanez and Westside Boogie, who featured her on his 2019 album ‘Everything For Sale’ alongside the likes of Eminem, J.I.D, Snoh Aalegra and 6lack. Her breakthrough single ‘You Lose’ placed her firmly on the map, with the powerful accompanying visuals featuring 116 women from across the globe, including Emeli Sande, Sinead Harnett, Lady Donli and Jaz Karis. Shae has had acknowledgement from Capital Xtra, BBC 1xtra, Link Up TV, Colorsxstudios, Trench Mag and even landed a spot on Jorja Smith’s personal Spotify playlist.