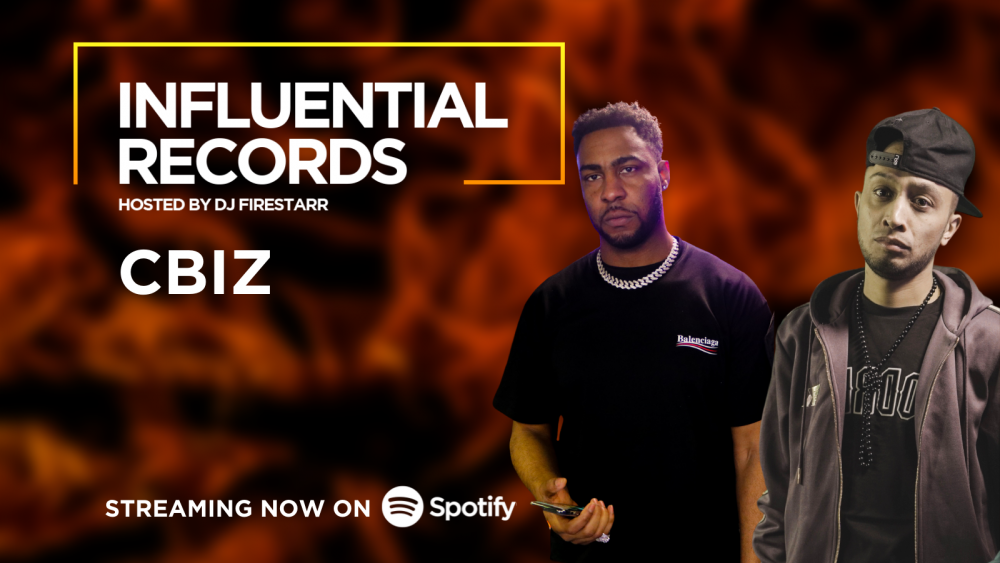 DJ Firestarr is joined by rapper and friend C Biz in the eagerly anticipated new episode of ‘Influential Records’. In this episode, Firestarr breaks down how the pair first linked up and the stages they shut down together, including Amsterdam’s 2019 Oh My Festival.

C Biz speaks about his passions and where his desire to succeed came from. He also shares his musical influences – which includes the likes of proclaimed rapper Nas and US rap group Hot Boys.

Speaking of the US group, C Biz says: "When I saw them it motivated me, I thought you know what, where do I wanna go, do I just wanna be that normal guy, or do I wanna get it, do I wanna be a hot boy, like on fire, I dont mean on fire like hot, I mean be what it is, not be what it could have been".

The rapper also selects ‘Memory Lane’ by Nas as his classic record stating that it “brings [him] back to [his] roots”.

“It’s like me putting my bare feet on the earth. I wanna be one with, like, music”, he said.

C Biz also spills that we will potentially see him on our screens in a few movie roles, as acting is something he is taking seriously. And to fans delight, he will also be returning with a mixtape soon.

Listen to the episode below, and keep up with DJ Firestarr for more episodes.