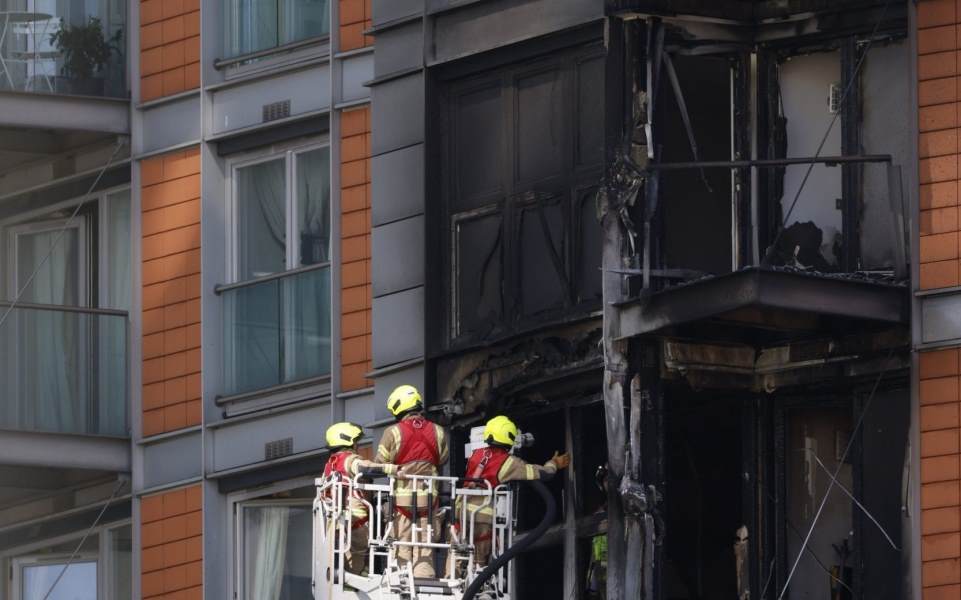 A huge fire has broken out at an east London tower block which is reported to have had cladding similar to that of Grenfell Tower.

Emergency services were called to a high-rise block in New Providence Wharf in Poplar, east London, at around 9am on Friday (May 7). Approximately 125 firefighters rushed to the scene, along with 25 fire engines and a dozen ambulances.

The fire travel across three floors – 8th, 9th and 10th – of the 19-storey building, leading to residents having to evacuate themselves from the building.

However, one resident told The Telegraph that residents were told to stay in the building, which contains more than 500 flats, rather than evacuate.

The London Ambulance service reports that they have "treated a number of people".

- 125 firefighters tackling blaze
- Building wrapped in ‘Grenfell-type cladding’
- Ripped through parts of of 8th, 9th and 10th floor
- Work to remove cladding was due to start in Aprilhttps://t.co/6gIS5inJwF

Reports claim that the cladding in the building is made of similar material to Grenfell Tower, where at least 72 people lost their lives in 2017. As a result, homeowners have been campaigning to have the building's cladding removed – in fear of a similar disaster occuring again.

Work to remove the cladding was expected to start in April after the developer, Ballymore, secured funding from the Government in March.

A spokesman for Ballymore said: "We can confirm that the fire was quickly brought under control by the Fire Brigade and is now extinguished.

"Our response team are on-site to support residents and assist with alternative accommodation where necessary."