HomeVideosMusic VideosDoRoad lets off hard new 'War With We' visuals

DoRoad lets off hard new 'War With We' visuals 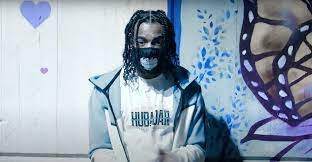 Take in DoRoad’s impactful drill offering titled ‘War With We’ today and hear him talk his lyrical greaze.

This track utilises some smart wordplay and unique rhyme patterns, delivered in the charismatic low tones that he has become well known for. Equally, the tune sports a well-crafted instrumental with echoing aquatic noises moving from beat to beat.

It keeps to its drill heritage but when you’re listening it feels removed from the typical formula we’re used to, so big up to the producer for ingenuity. DoRoad also comes off the back of being drafted in for a Fumez The Engineer Plugged In Session, in which he offloads straight-talking bars about some of his experiences on the road.

Watch this space and the visuals below.