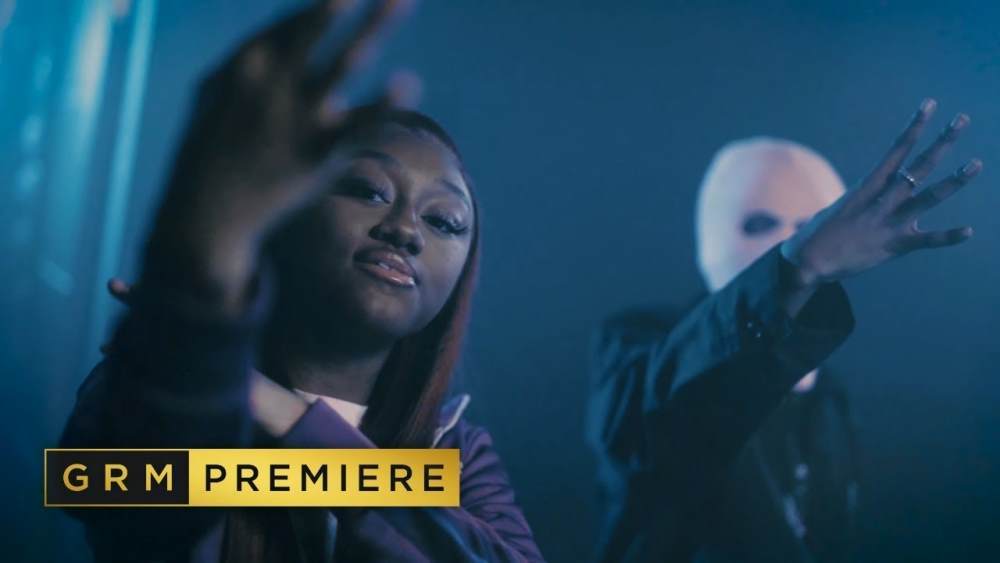 Rising East London rapper TeeZandos enlists South London’s Midas The Jagaban for latest single ‘Page 45’. The Princess of Drill comes with her usual slick lyricism, as she brings her storytelling skills to reflect on a past relationship. TeeZandos’ tenacious lyricism shines through over Tefoma’s eerie production, before Midas the Jagaban brings her smooth and melodious vibes on the hook.

Whilst they both have different musical styles, the pairing of TeeZandos and Midas the Jagaban on ‘Page 45’ has brought fans an exciting and seamless collaboration from two of the most exciting female artists out right now. Midas The Jagaban’s vocals make up the beat of ‘Page 45’, in addition to the vibrant piano melodies and drill-inspired drum patterns.

The visuals directed by Suave are in an industrial setting as we see TeeZandos get her fortune read by a fortune teller. With moonlike illumination and low light scenes, TeeZandos and Midas The Jagaban stand full of energy against the melancholic shots. As her first single of the year, TeeZandos continues to evolve as an artist and ‘Page 45’ sees her talent fresher than ever. With herself and Midas the Jagaban both on the rise as refreshing female talent, it is exciting to see what else they have in store this year.