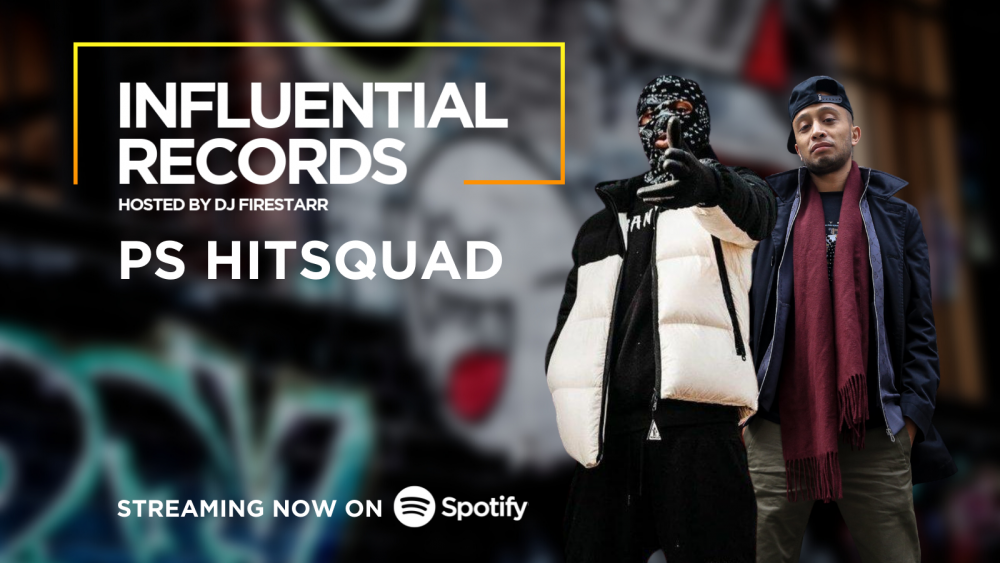 One of the most requested artists for the show, PS Hitsquad links up with DJ Firestarr in the latest episode of ‘Influential Records’ to discuss his journey with music, Peckham, Giggs and more.

Starting with his stomping ground, Peckham, PS Hitsquad explains: "You gotta grow up sturdy if you're from where I'm from, survival of the fittest, that is probably one of the reasons I started making Drill music if I’m being honest.... you know, if you're stepping out and that's all that you're seeing, or that's all there is to do...."

He continues, speaking on the past year: "I was in jail throughout the pandemic if I'm honest, its peak, it was a stressful time..." while expanding on the circumstances and situation. On Drill he goes on to say, "It’s not even a thing where man is glorifying the Drill ting, it's a thing where if that's all that is available to you - you're going to rap about it, and on top of that, look at what it’s doing for so many man, its giving [us] a way out!"

As the conversation progresses, the pair go on to discuss PS’ recent collaboration with Giggs titled ‘Black’. PS states: "Giggs, that's big bro, if I’m being real that collab was in the pipeline for a while.... / We've all seen what Giggs has done for his career, and not only for his career but for the whole UK Rap scene, but me being from Peckham I look at it different.... I was in primary school looking at these lot like (you know when you support your favourite team) these lot are like the Man United, you lot are putting on for man’s hood, flying the flag, the Black flag".

Check out the episode below to hear the records PS selected, and much more.