HomeNewsArt Of Football are ready to help you take the Summer by storm in style!

Art Of Football are ready to help you take the Summer by storm in style! 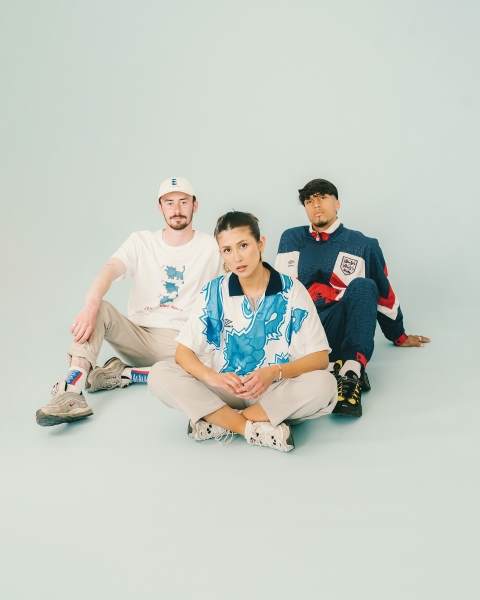 Domestic football is concluding. Lockdowns are lifting. Pubs are opening. Friends are gathering. Summer is coming. Good vibes only. Art of Football are ready to help you take the Summer by storm in style. Over the coming month, they'll be releasing brand new designs for fans of England, Wales and Scotland, as well as every other nation competing in this Summer’s tournament. On top of all of that, they'll also be dropping our largest ever collection of up-cycled garments, including reworked (reversible) bucket hats, classic training apparel and authentic vintage shirts. 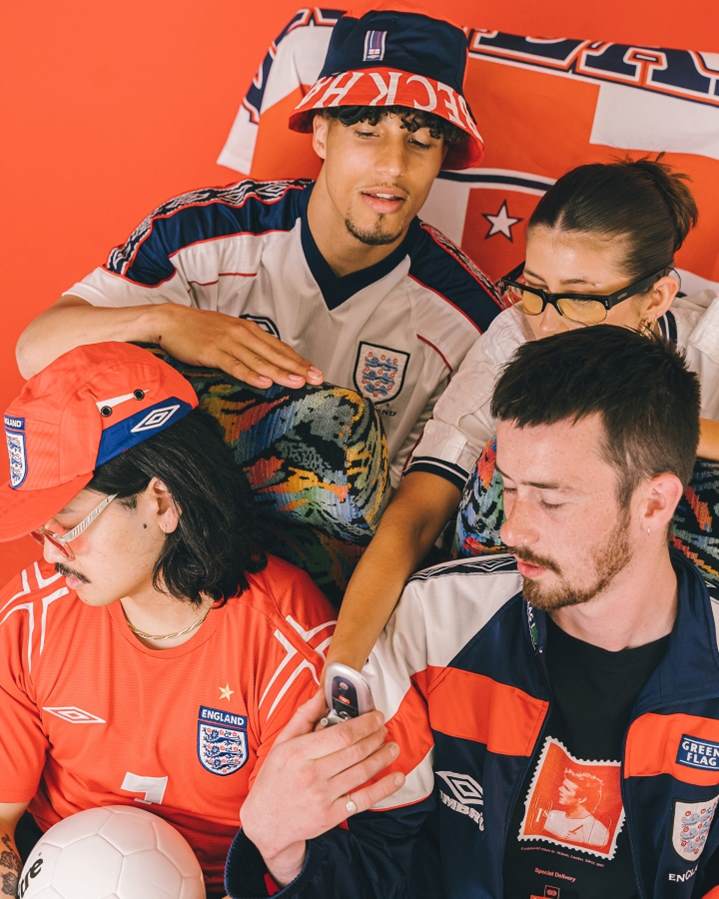 It’s a great time to be an England fan. Southgate’s group of generational talent has continued to improve since World Cup heartbreak in Russia and anticipation is high going into Euro 2020. In Kane, we’ve seen leadership; in Foden, we’ve seen class; in Grealish, we’ve seen Gazza and something about it all just feels right. It hasn’t always been plain sailing for England at major tournaments but the Three Lions have always had players capable of producing truly spectacular moments. When Beckham boasted the deadliest delivery in world football. When Sven let a young Wayne Rooney loose in ’04. When Crouchy pulled the robot against the Reggae Boyz in ’06. Gazza’s dentist chair magic against the Scots in ’96, Trippier’s free kick in 2018 as the nation’s choir sung along to Baddiel, Skinner & The Lightning Seeds, ‘It’s Coming Home’, and of course… John Barnes. “You’ve got hold and give but do it at the right time..” You know the rest. What a time to be alive. We’ve immortalised each of these iconic moments as part of the [AOF] Euro’s collection. The designs are all available to purchase as tees or sweats. The Keith Haring inspired ‘It’s Coming Home’ design is also available on a limited run of light blue and white caps. 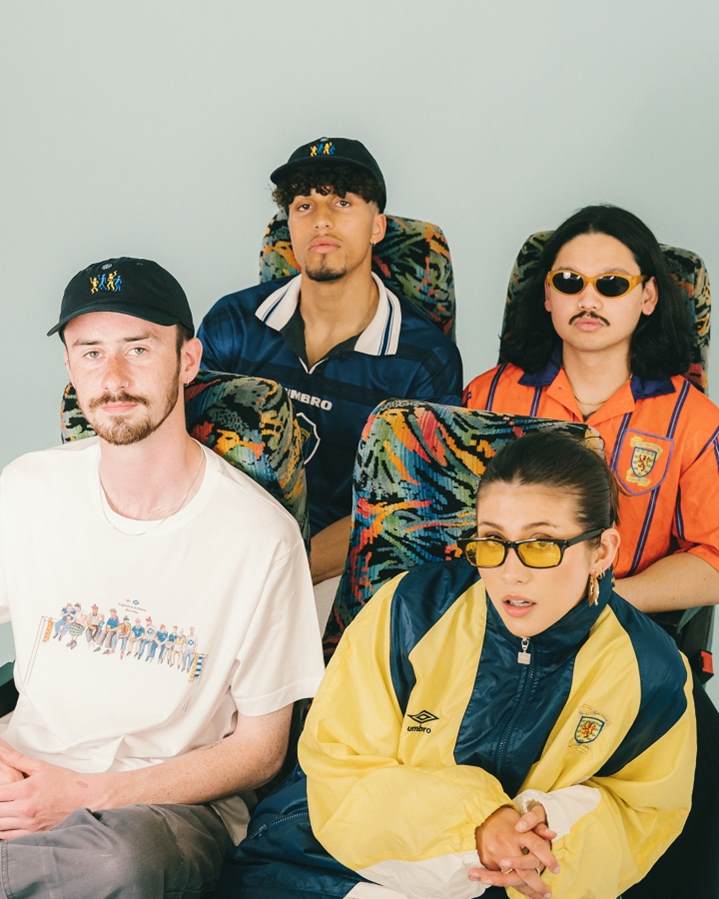 The Tartan Army. McFootball. That night in Belgrade. The Scots are heading to their first major tournament since France ’98 and boy are they ready for it. To celebrate Scotland’s Euro 2020 adventure, we’ll be dropping four brand new Scotland designs. ’Tartan Army ‘98’ and ‘Tartan Invasion’ pay homage to the fans that made football fall in love with Scotland, as they danced below the Eiffel Tower and draped Scottish flags across the streets of France. ‘I Can Boogie’ has become synonymous with Scottish footballing success and we couldn’t pass on the opportunity to deck out the ‘pride of Scotland’, Billy Connolly with the iconic 95-96 shirt.

As well as these designs, we’ll be dropping a range of exclusive reworked Scotland garms, a customised collection of authentic vintage shirts. We’ll also be releasing the ‘I Can Boogie’ design on a limited range of embroidered caps. It’d be rude not to. The whole of Scotland will be having a party from June 11th onwards and everyone’s invited. McTominay, McBurnie and McGinn are off to the McEuro’s and you’re definitely gonna hear about it. Boogie time. 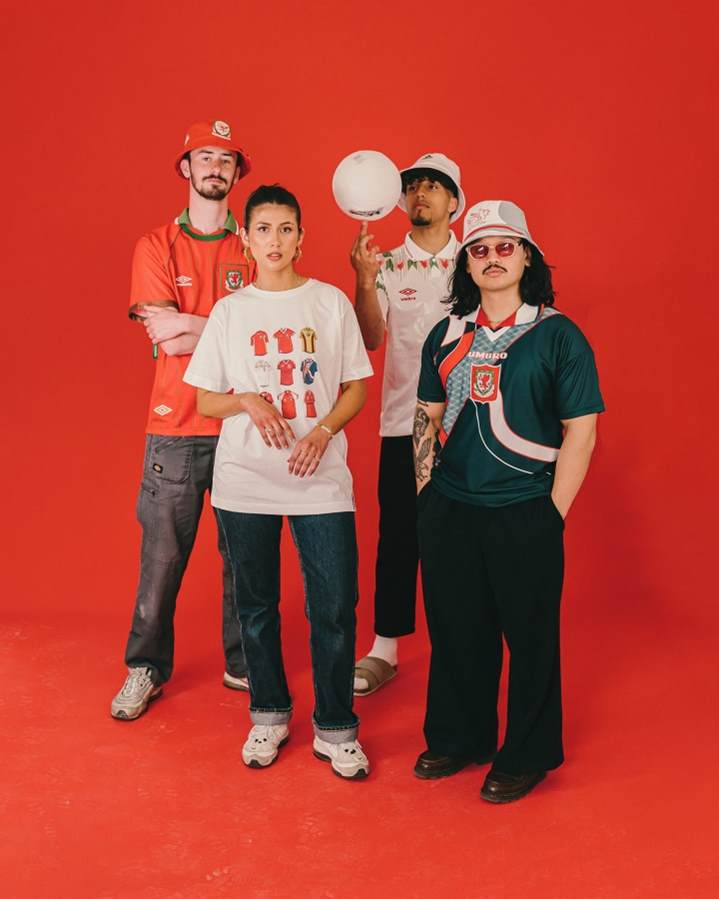 Wales. Golf. New [AOF] designs. In that order. The Dragons have thrived in recent years. With the likes of Bale, Ramsey and of course, Hal Robson-Kanu, Welsh football has gone from strength to strength. Cymru enters Euro 2020 with high hopes of replicating the success they found four years ago.

We’ve created four brand new designs in advance of Wales’ Euro’s adventure. ‘Eiffel Dragon’ pays homage to the 2016 squad that shocked the international stage by reaching the semi-finals of the tournament. The Welsh takeover of Paris. ‘Dragon Bale Z’ is a nod to the Welsh GOAT, Sir Gareth and the Wales edition of our recent Haring inspired pieces, ‘Don’t Take Me Home’, which is available on tees/sweats as well as an exclusive run of embroidered caps. And who could forget our very own Pickles teeing off?

As well as these designs, we’ve reworked a limited collection of high quality, vintage golf wear. Our embroidered ‘Pickles, Golf, Madrid’ design is featured on gilets and polo neck shirts - what’s not to love?

Find out more from https://art-of-football.com/collections/euros