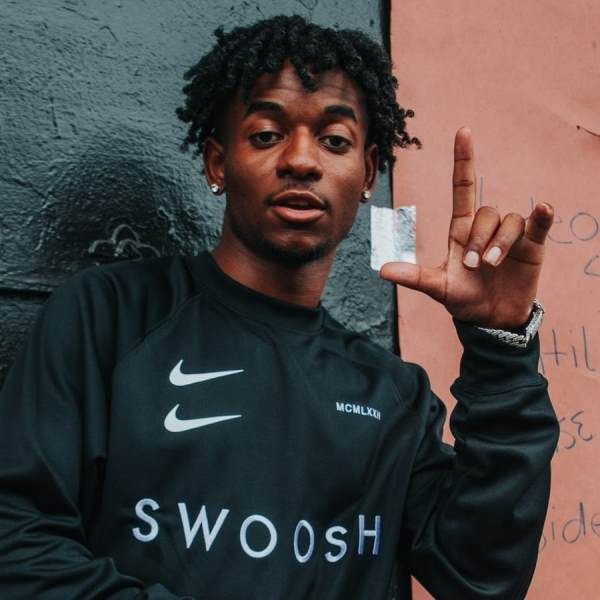 Mooski is celebrating two career milestones: his first chart-topping radio hit and his first Gold record. “Track Star” has claimed the #1 airplay position at Urban radio for the second consecutive week, according to Mediabase and BDS. The song ascended to the top spot just eight weeks after impacting at radio. “Track Star” was recently certified Gold by the RIAA. Combined global streams of the single have soared past 150 million.

Released last June, “Track Star” tells the story of a man who is involved with a woman who is too afraid to feel. The melodic track, whichMooski wrote while sitting in his car, racked up a million plays in the first four months and led to his signing with Capitol Records. View the official video for “Track Star,” which features Mooski alongside Coi Leray and a cameo by GRAMMY® winner Nija, HERE.

“Track Star” has now reached one million creations on TikTok, resulting in over 58 million combined views. #Trackstarchallenge inspired videos by Keyshia Cole, Lala Anthony, Dream Doll and Halle Berry, among others. Trey Songz and Jacquees are among those who have remixed the song.

While the versatile 23-year-old has been riding a wave of success, his journey has been anything but easy. Born Darien Hinton, Mooski grew up listening to and performing faith-based music in Opp, a small Alabama town. Mooski, his mother and sisters were often part of the praise and worship services at their church. After watching his parents struggle with poor health – and the resulting bills – Mooski began working part-time jobs when he was only 15, determined to help.

He joined the Marine Corps at 18. While still in boot camp, Mooski got a call informing him that, after multiple open-heart surgeries, his father had passed away. Later that year, his mother suffered her first massive stroke. She had another three years later, robbing her of the ability to walk or talk.

After serving a four-year term in the Marine Corps and reaching the rank of sergeant, Mooski left the service to pursue his true passion – music. He began releasing freestyle videos on social media and was encouraged by the reaction to his songs, particularly when he told his own stories through his music.

“Music was my venting tool. Music was my therapy,” Mooski explains. “I talk about the unspoken. When people listen to my music, they’re going to be like, ‘Mooski was in my head.’ It’s going to be personal to them.”