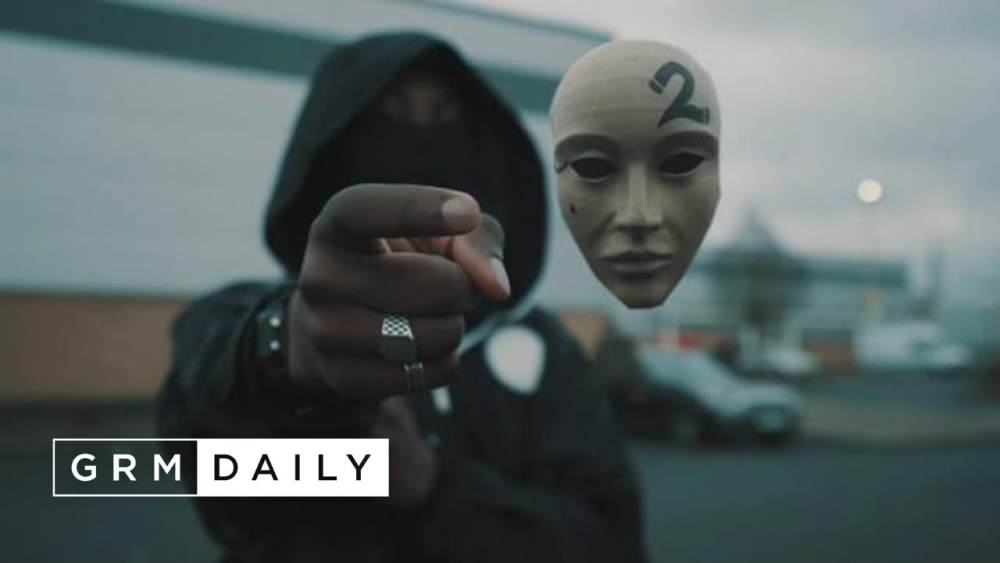 Two Face has come through with a movie in his latest release. ‘Again’ starts in a dramatic fashion, as the sombre storytelling shows us how Two Face was born. The beginning of the track is packed with visual action as we see someone get shot, and another person getting jumped.

Following the cinematic beginning, we get a POV shot of Two Face picking up and putting on his mask; this is when the banger begins.

Two Face starts by attacking the hard-hitting instrumental with relentless energy. The effect on Two Face’s voice gives the track a sinister vibe, sounding like something straight from a horror film. The lyrics are venomous and treacherous, adding extra aggression to the track.

The horror film theme continues into the visuals as we see the Birmingham rapper donning an eerie mask. The visuals match the high energy of the track, as we get quick cuts to different locations whilst the rapper does wheelies on a quad bike. Another scene includes a dark room and Two Face standing over two motionless bodies whilst he attacks them both; A scene that could have come out of the horror franchise, ‘Halloween’.

‘Again’ is an entertaining listen due to its storytelling capabilities added to its dark and belligerent theme. Take in ‘Again’ here.