HomeNewsOlivia Swann unleashes 'No Thanks'

Olivia Swann unleashes 'No Thanks' 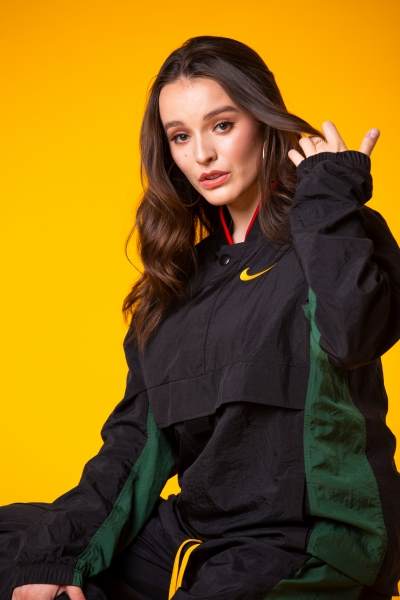 Churning out banger after banger this year, Olivia Swann shows no signs of slowing down as she bounds back onto the scene with ‘No Thanks’, a sassy slice of R&B that shimmers with her signature style.

Fresh, fun & reminiscent of Olivia's debut single 'Salty', she combines playful electro-synth patterns with a bassy beat, punchy R&B vocals, complemented by a soulful, retro organ. An infectious recipe that makes Swann's sound so distinguishable. With her trademark dressing-down lyricism in play, this track has a more important message, questioning the actions of those who can’t take no for an answer, a prevalent issue in society that many women experience firsthand. The London artist’s mighty vocal range adds extraordinary emotional depth to the single, with Olivia explaining that its inspiration stemmed from far too many similar stories surrounding both the media and her loved ones. With this ‘Independent Woman’ style anthem, she hopes to remind people of the relentless harassment women have to deal with on a daily basis & that she won’t stand for it anymore.

“It's gone on for too long, it needs to stop, and by the way, it's annoying. If I wanted to talk to you, I would! This is definitely an anthem for all of us, to tell the world that we ARE in control & we have a choice but we do need to look out for each other as it's still happening every day. I honestly hope that through this song, it empowers people, brings us together & reminds everyone to include our entire female community”.

Her fourth release in quick succession, Olivia has risen through the ranks in the last year, with her irresistible debut ‘Salty’ being championed by 1Xtra’s DJ Target, BBC Radio 1’s Jack Saunders and Apple Music’s Rebecca Judd, as well as racking up over 55,000 views on Youtube alone and several songs going viral on TikTok. The Berklee College of Music graduate has a distinct style that reflects her music, using streetwear and trainers as opposed to dresses and heels to express herself. “I am an eternal tomboy,” Olivia explains. “Handbags and heels just aren’t my thing. I would constantly get mistaken for a boy as my go-to look was baggy jeans, beanies, football shirts and of course trainers at all times!”, and her defiance to adhere to the industry’s expectations is what makes her so compelling as an artist.

Counting her inspirations as Outkast, Erykah Badu, Chet Baker and Amy Winehouse, Olivia’s aesthetic is brimming with a wild variety of genres that has led her to her unique sound. Having been mentored by Grammy award-winning producers and songwriters such as James Fauntleroy (Kendrick Lamar, Frank Ocean) and Rance Dopson (Roddy Rich, Ella Mai) and working with the likes of Rico Love (Beyonce, Usher), Olivia has perfected her artistry over the years and emerged one of the most exciting newcomers on the scene.

An important message that is sure to resonate with many, Olivia’s determination to oust the wrongdoings in society is admirable, and she continues to create music that is both inspiring and undeniably groundbreaking.