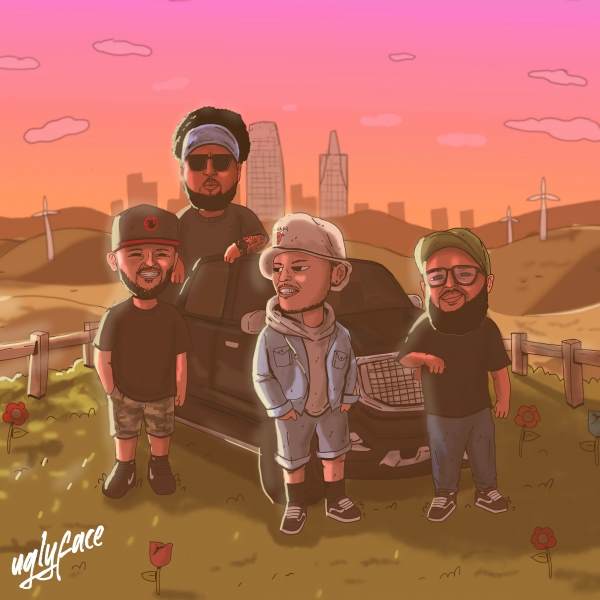 UglyFace’s signature beats are specialized to their sound; the thrumming drum beat makes ‘By The Pound’ the perfect track to bop to and dance to. When speaking about the track, the collective stated “It's simple, why you think they named the song Niggas In Paris? Cuz Niggas was in Paris. It's the same with this." By The Pound’s ending fade-out lures listeners to wait for more tracks.

UglyFace The collective has created music together for years in California from Oakland to Stockton. Kevin Farpella and Aaron Temple were introduced by Andre Mosley. They would later be dubbed UglyFace, by Aric Jones, a Bay Area kid with Chicago roots, after some hard hitting sessions. The group would temporarily disband to sharpen their individual swords. Singer Andre Mosley at Patchwerk Studios in Atlanta, Aaron Temple in Brooklyn, and Aric Jones in Los Angeles with only Kevin Farpella remaining in Tracy, CA. With a strengthened brotherhood they’ve decided to finish what they started, writing and producing their own music.