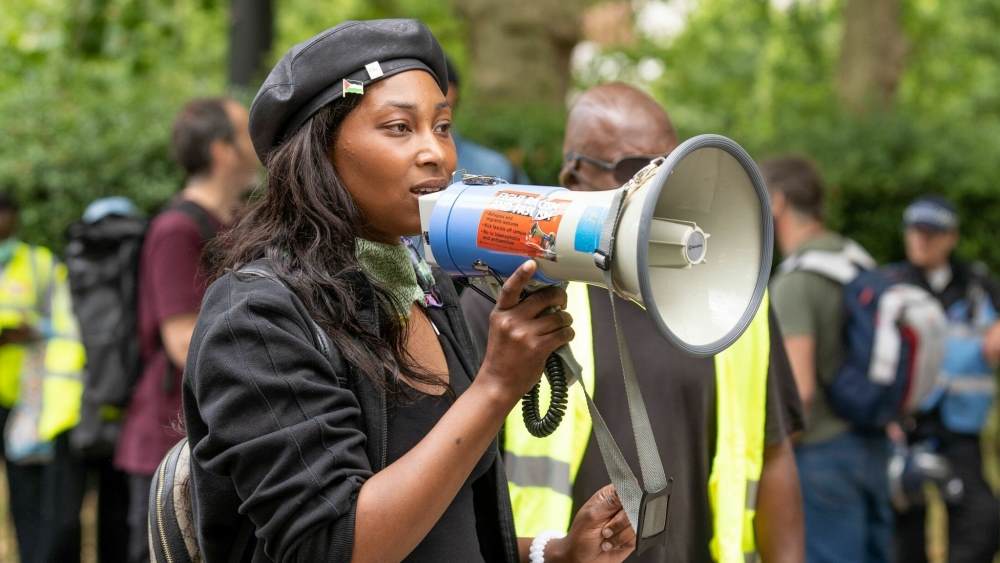 The BBC understands the incident happened in south London. The Metropolitan Police said a 27-year-old woman was shot shortly before 03:00 at a gathering in Southwark. The force has not confirmed the woman's identity. Officers said the woman was taken to a south London hospital with life-threatening injuries and have appealed for witnesses. Her family have been informed.

Police said at this stage there was no evidence to suggest it was a targeted shooting or that she had received any credible threats against her prior to the incident. Detectives from the Met's Specialist Crime Command have been conducting enquiries at the scene in Consort Road and the surrounding area, and are pursuing a number of lines. It is believed that the shooting occurred near a house where a party was taking place and that a number of people may have been in the area, a Met police statement said.

In a statement on its Facebook page, the Taking The Initiative Party said Sasha Johnson had received numerous death threats. The statement said: "It is with great sadness that we inform you that our own Sasha Johnson has sustained a gunshot wound to her head.

"Sasha has always been actively fighting for black people and the injustices that surround the black community, as well as being both a member of BLM and a member of Taking the Initiative Party's executive leadership committee.

"Sasha is also a mother of three and a strong, powerful voice for our people and our community.

"Let's all come together and pray for Sasha, pray for her recovery and show our support to her family and loved ones."