HomeExclusivesSlow It Down 02: Bugzy Malone

Slow It Down 02: Bugzy Malone 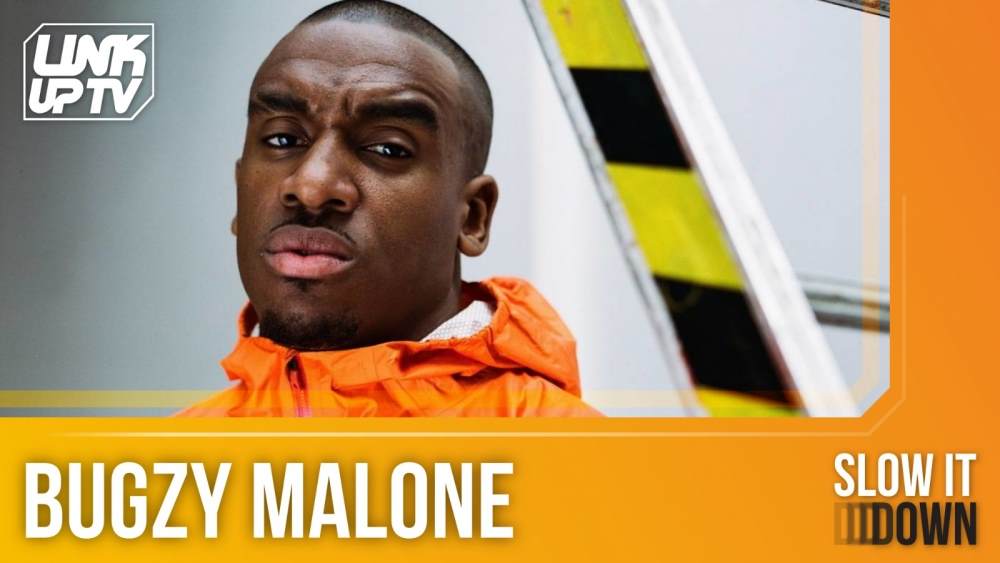 Following the release of his brand new album 'The Resurrection', it felt only right that on this weeks instalment of 'Slow It Down' we look at the King of the North – Bugzy Malone.

Bugzy Malone is an artist who can make you feel a whole new sense of motivation, empowerment and determination whenever you listen to his songs. This is because of the way that he tells his story of struggle to success in his music. Bugzy Malone may not be one of the most bar heavy artists going, but he is definitely one of the most uplifting and empowering artists. But let's not get it twisted, Bugzy has got some very sick bars in his tracks as well. Let's break down some of my favourite bars that we have heard from the Manchester rapper.

"You might see my personality switch but I never dropped a crumb I'm no Kevin Wendell." - Bugzy Malone on Salvador

This bar took me a while to catch but when I did it was a lightbulb moment that caught me off guard. It's quite possibly one of my favourite bars from the new album. Bugzy is talking about the fact that he can go from one personality with one set of emotions to another at the click of a finger. Although expressing that his personality can switch just like that, his mention never dropping a crumb means that despite his personality change he still never slipped up. To tie this all together he says he is no 'Kevin Wendell' who some of you may know as the main character in the M. Night Shyamalan movie 'Split'. The movie is about a man by the name of Kevin Wendell Crumb who suffers from multi-personality disorder. This is a very clever bar because Bugzy starts with the mention of his personality switching and then goes on to deliver the next part of the bar and mentions Kevin Wendell Crumb, tying up the 'Split' scheme very nicely.

"It's ironic 'coz he got wetted for spilling his drink on me" - Bugzy Malone on Body (Remix).

This one is not a difficult one to break down, but I liked it purely for its simple effectiveness. As a listener of Grime music, it's no secret what he means by the term that somebody got 'wetted'. For him to use this slang term in the context that he does, followed up by the reason for the man in person getting wetted being that somebody spilt a drink on him, causing him to get wet, is an example of the beauty in simplicity.

On his new album 'The Resurrection', Bugzy Malone really upped the levels with the subject matter and his lyricism. 'Gods' is a great example of that as he has woven in some slick bars for listeners to catch and enjoy, but this one is one of my personal favourites as it references one of my favourite movies of all time. For those of you who are not familiar with the film 'Gladiator', Maximus Decimus Meridius is the name of the main character portrayed by Russell Crowe. Maximus Decimus Meridius was the commander of the armies of the North under the Roman Empire. What Bugzy Malone is saying with this bar is that nobody is putting on for the North like he is – hence his King Of The North nickname.

"Damn right I'm taking doors off hinges, I'm running in through the hallway, holding a big boy sword like a Viking but I never been from Norway" - Bugzy Malone in his Fire In The Booth.

As previously mentioned, Bugzy Malone is not the most bar heavy rapper and a lot of his lyrics are motivational and make you feel like you can do anything. A lot of the time when Bugzy does throw a witty bar in they are not the most complex, but the simplicity is what makes the bar so effective. This is another of those bars that is easy to catch. Nothing crazy, but the delivery of the bar and the imagery makes this one stand out for me personally.

Let us know which bars we've missed, or simply share your favourite Bugzy Malone bar and why over on Twitter.

Who would you like to see on the next instalment of Slow It Down?